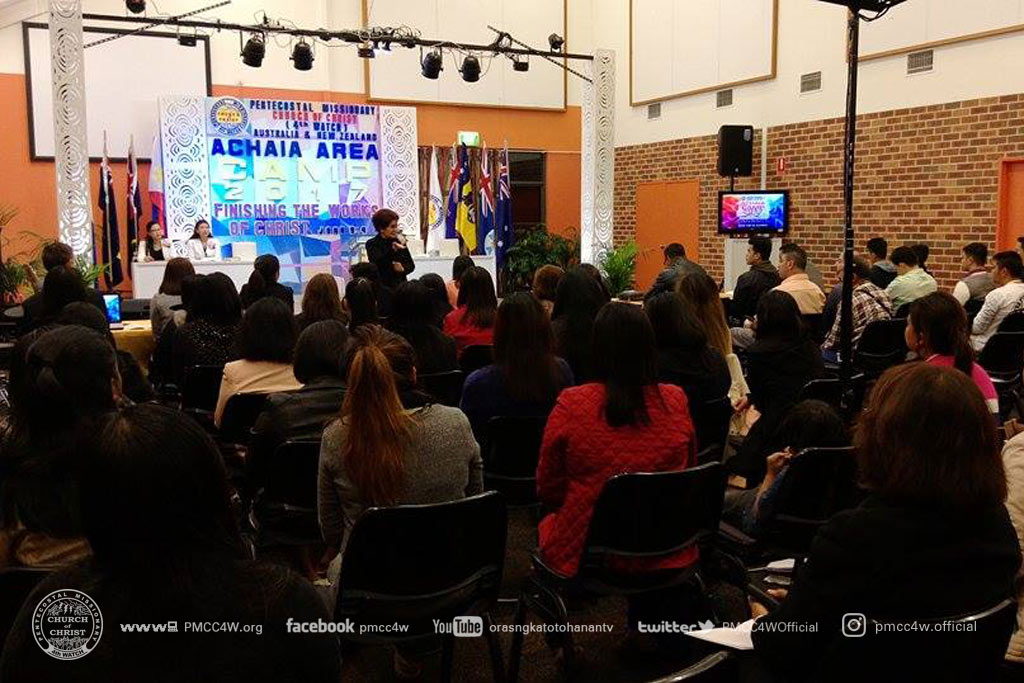 Months of prayer, fasting and preparation brought about victory to the brethren of the Pentecostal Missionary Church of Christ (4th Watch) from all over Australia and New Zealand as they held the 5th Achaia Area Camp with the theme “Finishing the Works of Christ, (John 9:4)” last April 27-30, 2017 at the Tops Conference Centre in Sydney, Australia. 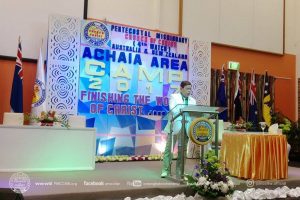 On April 27, 2017 (Thursday), the 5th Achaia Area Camp officially opened as Pastor Olivia Liamzon, the Achaia Area Coordinator welcomed all the eager campers with Evangelist Leticia Ferriol as the keynote speaker for the day’s service. All were blessed as they heard the Evangelist preach on the privilege of being children of God and the blessing of being entitled to be used for the mission. A sportsfest was held in the afternoon, with dances and cheers showcased by the brethren from Sydney, Melbourne, Adelaide and New Zealand locale churches. Later in the evening was the Ministries Night, where Evangelist Leticia Ferriol stressed out the significance of being co-workers of Christ in the End-Time.

April 28, 2017 (Friday), Campers were still as eager as the first day to receive blessings as they hear the words of God through Brother Daniel Zonio during the worship service as he taught that each member should contribute in finishing the works of Christ. After the striking message, Pastor Alex Andaya led the congregation in dedicating themselves to their respective ministries they had desired. The site was filled again with radiant singing and dancing in the evening as the campers showed their talents in glorifying the Lord. Afterwards, Pastor Olivia delivered the message on how to choose and decide what talents the brethren could use for God. 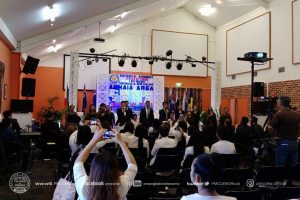 April 29, 2017 (Saturday), the much awaited day for the brethren of Achaia Area—The Goodman of the House, Apostle Arsenio T. Ferriol, set foot in Australia for the very first time. After the worship service led by Brother Noli Campos, the place were overflowing with tears of joy as the campers gathered outside the hall as they saluted the Apostle. Along with the Goodman of the House was Pastor Levi Ferriol, a minister from Alumn Rock, USA, who conducted a seminar about the importance of serving God in the End-time. Came evening-time, all the brethren were moved as the Apostle shared the words of God with conviction during the Dedication Service.

April 30, 2017 (Sunday), The 5th Achaia Area Camp concludes with a grand worship service, as each and every camper who were present can testify that they had felt the Holy Spirit mightily moved their hearts, equipping everybody with power and courage to take part in finishing the works of Christ. 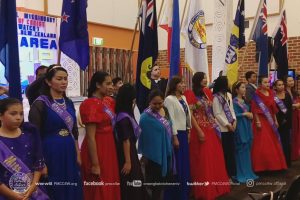