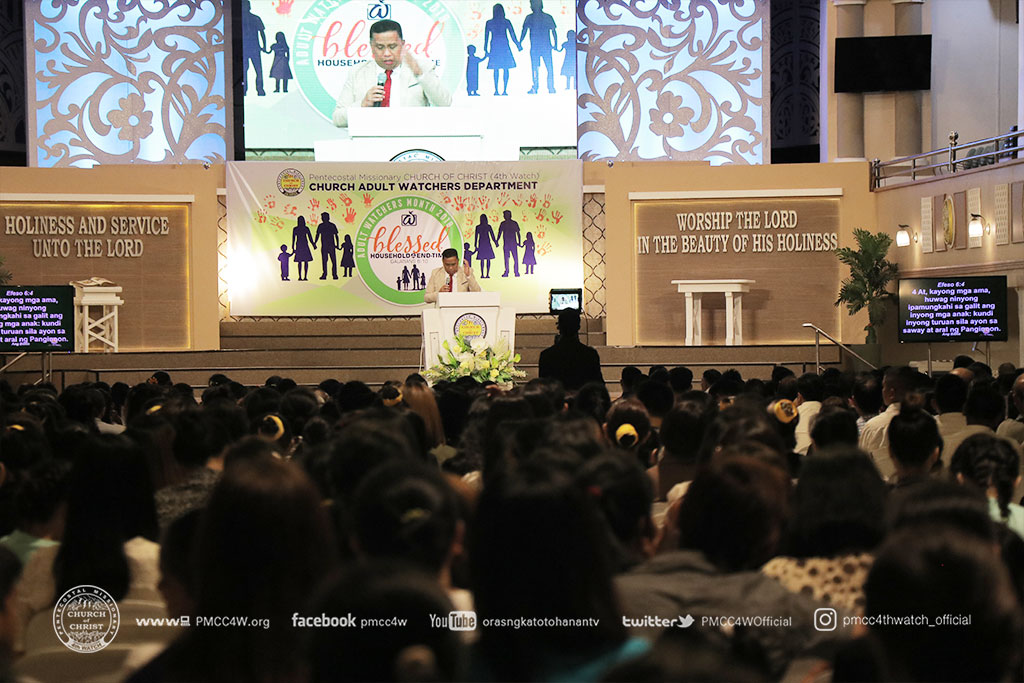 Adult Month Another triumph ensued as the Zion Adult Watchers strives to elevate their praises to God through the different programs laid out by the Church Adult Watchers Department for February, the Adult Watchers Month.

The Adult Watchers Month formally opened with the theme, “Blessed Household in the End-Time” supported by the verse Galatians 6:10, emphasizing the importance of doing good to those who belong to the family of believers. 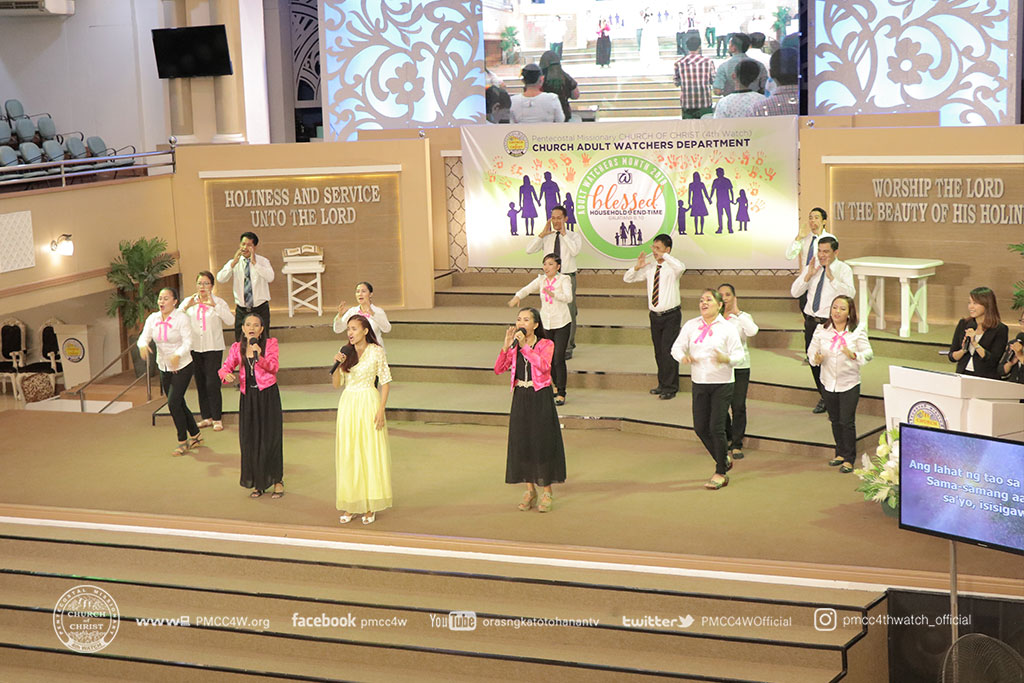 A short yet delightful monologue by Elder Luz and Bro. Cris Ancao, the Masters of the Ceremony from San Mateo Locale, shared a short testimony of how they would have only dreamed of being partakers in a program. Now they are blessed to have been chosen for such a vital role in the opening ceremony. Their monologue was quickly followed by the praise and worship team from UP Diliman Locale followed by an opening prayer from Elder Jonathan Payapag. A warm welcome was then given by Ptr. Luz Amador.

Additionally, the opening service included the official release of the Adult Watchers Month’s theme song entitled, “We Are Blessed” composed by Sis. Rochelle Magsombol, as they stress the importance of keeping the Word of God as one of the most crucial things to retain in a God-centered family. 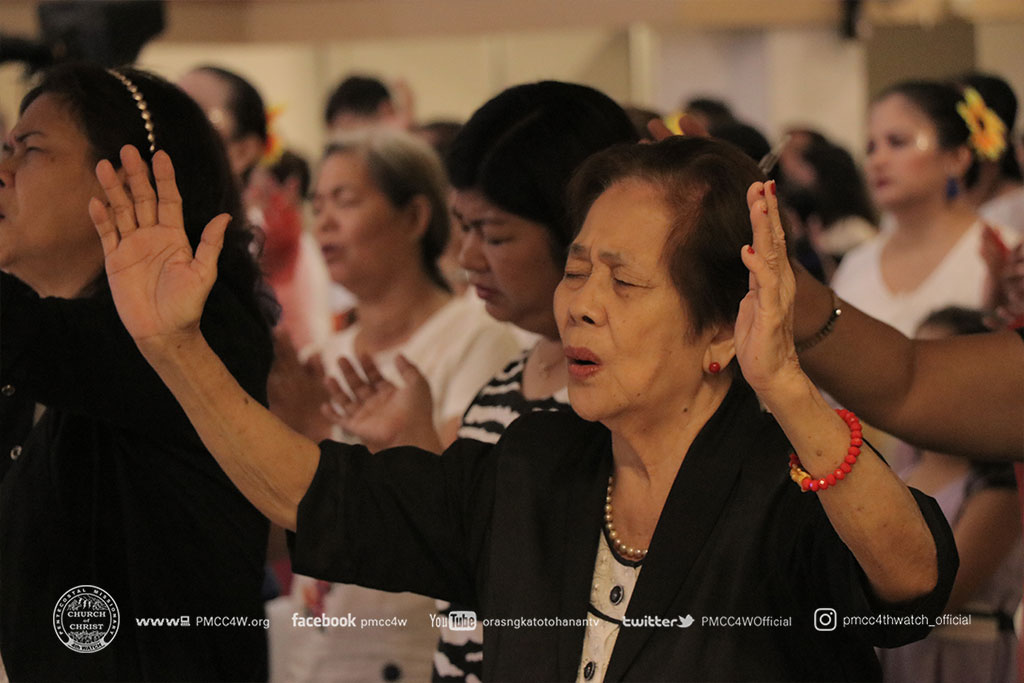 The night was highlighted by God’s words through Apostle Arsenio Tan Ferriol and was capped off with each of the Adult Officers sealing their commitment in the program by stamping the Adult Watchers Month’s tarpaulin with their handprints and, additionally, by oath-taking.

The Adult Watchers continued to follow through with the given program as they held the next Sunday Evangelistic Service in giving recognition to the parents and couples who serve fervently. The night was led by Elder Arceli and Jonathan Payapag and then an entourage of parents and couples led the night’s praise and worship. The night was emphasized through the testimonies of Sis. Vivian and Bro. Ramil Mendiola, speaking of the great healing miracles that God has done to them. As the service continued, the Adult Watchers did not let their age become a hindrance into moving along with music. A cotillion was performed, along with a pleasant dance performance from the couple Sis. Lorie and Bro. Severino Sison. The night was filled with dance performances from the Adult Watchers but was finished by a song performance from the couples of the Highest Praise Chorale. The night was then concluded as Ptr. Luz Amador delivered the message of God.

A week went by but not without action. The Adult Watchers made time despite their busy schedule to be present in the Daily Morning Devotion and Mid-Week Services while taking part in preaching the gospel through evangelism. And as the next Sunday Evangelistic Service commenced, another celebration was arranged in appreciation for the pastors and ministers who unceasingly guides the brethren in faithful service. The Adult Watchers prepared rigorously in order to make the pastors and ministers feel delighted and appreciated. Bro. Nikki Reyes led the night as the Master of the Ceremony while Sis. Irma Calica led the brethren in lifting up praises unto the Lord. The night was continuously blessed as the brethren heard testimonies of God’s healing power and great works through the lives of Elder Annie Aguilar and Sis. Gigi Fradejas. The presentations did not fall short as the Marikina Youth Department kicked the presentations off with a performance that was surely special. The message was then delivered by Presbyter Charlie Magbata and a serenade was received well from the Highest Praise Chorale.

The brethren did not fail to be grateful for the pastors and ministers who dedicated their lives in full service to the Lord. Gifts were given to them as a token of appreciation for their faithful and unceasing labor. An awarding then commenced, thanking and giving recognition to the Goodman of the House, Apostle Arsenio Tan Ferriol; Evangelist, Ptr. Leticia S. Ferriol; Presbyter Polly Mendoza; and Presbyter Charlie Magbata. The night was filled with love and deep gratitude for the men and women of God whose sacrifices for establishing the church are immeasurable. 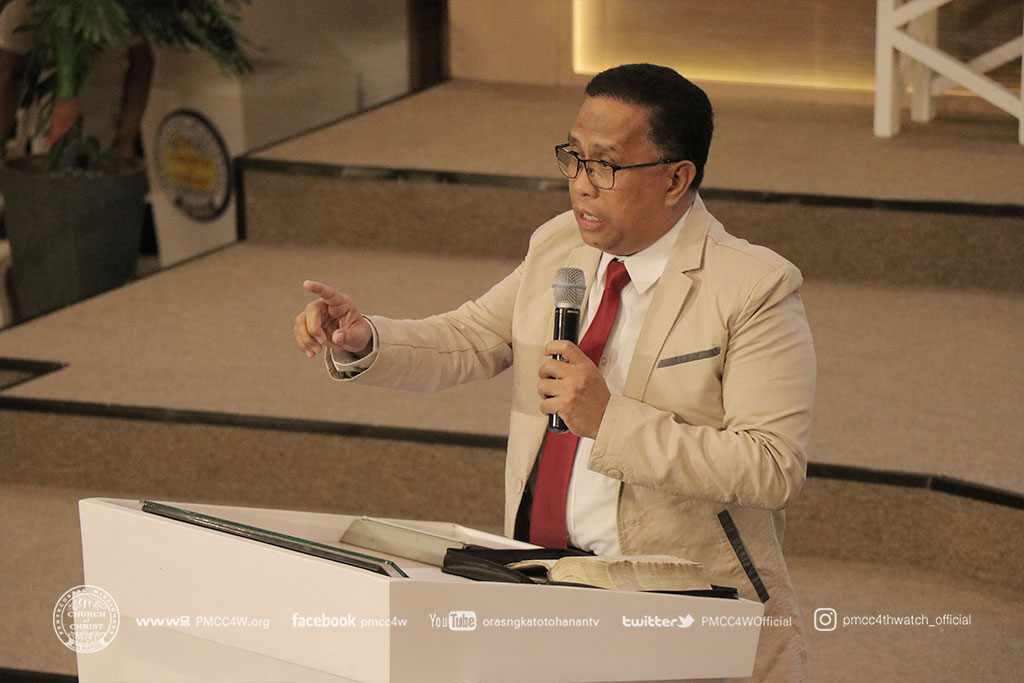 As the Adult Watchers Month was coming to an end, a well-planned closing ceremony was held. The night was cheerfully led by Elders Lala Miclat and Arceli Payapag and was followed by Maligaya Locale’s praise and worship team in lifting up praises unto the Lord. A testimony was then given by Elder Loida Miclat and Elder Franco Deblois as they bore witness to God’s abounding grace and guidance through their sacrifices in partaking in the programs of the Adult Watchers Month. A Song Interpretation Contest of the month’s theme song “We Are Blessed” composed by Sis. Rochelle Magsombol was then held. The message was then given by Presbyter Polly Mendoza and an awarding commenced for the Song Interpretation Contest. Marikina Locale ranked 3rd place, San Mateo ranked 2nd place, and the Padilla Locale brought home the bacon placing 1st place in the competition. Awards and recognitions were also given to ministers and officers for their hard work and labor in the Adult Month. 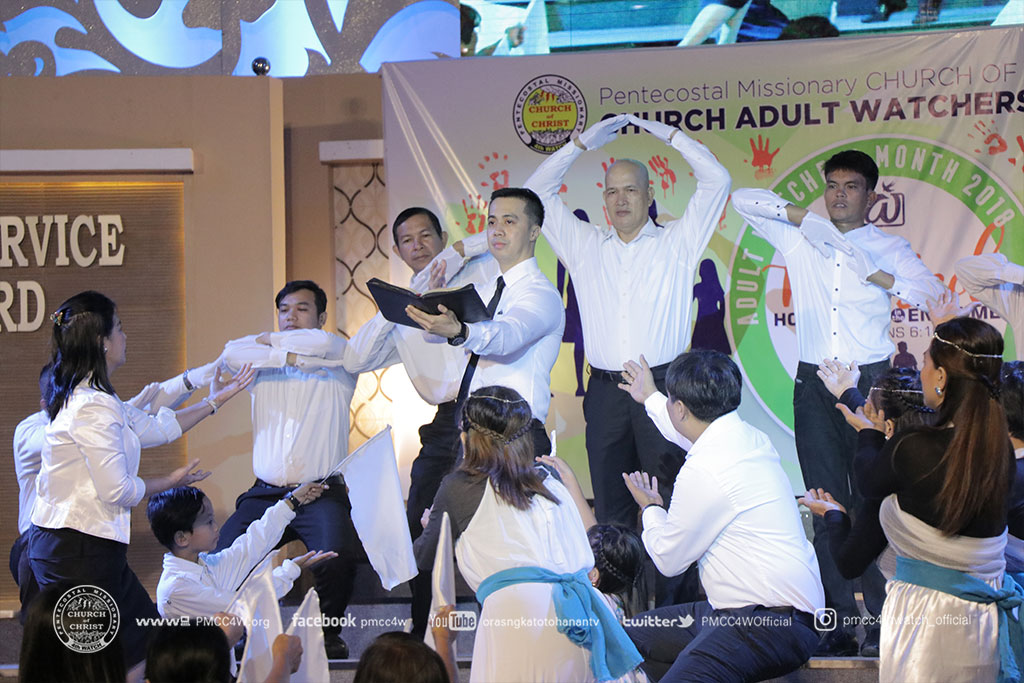 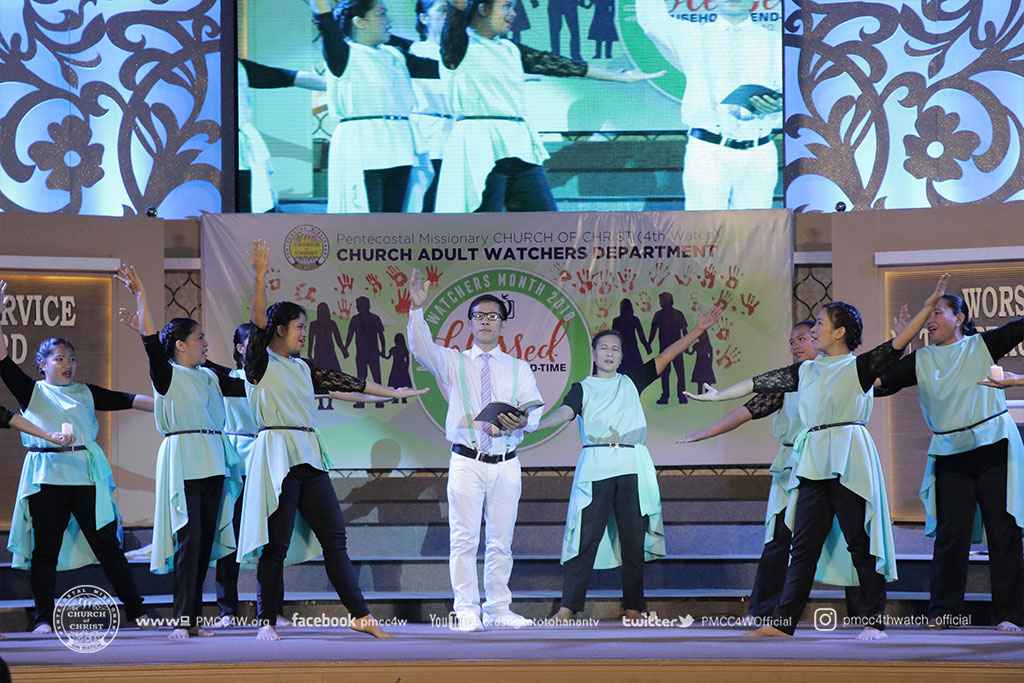 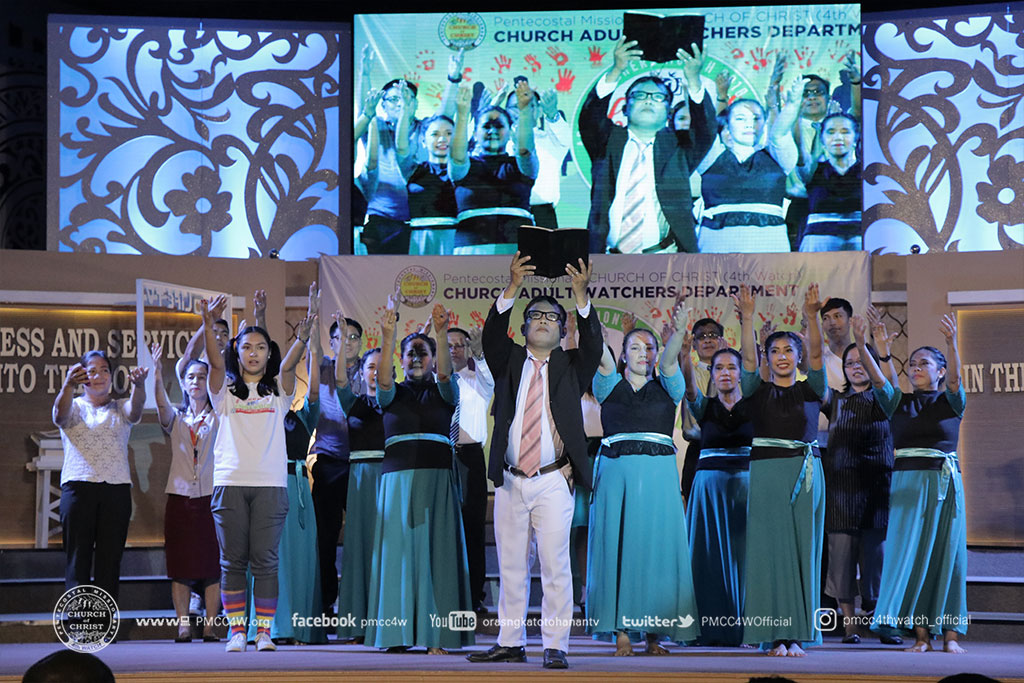 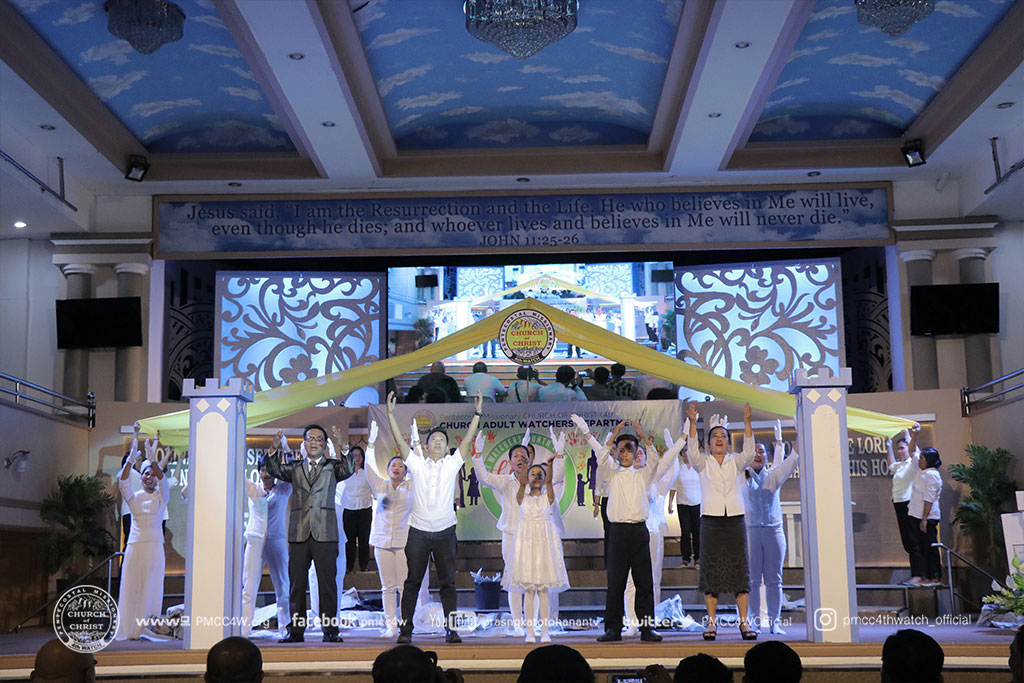 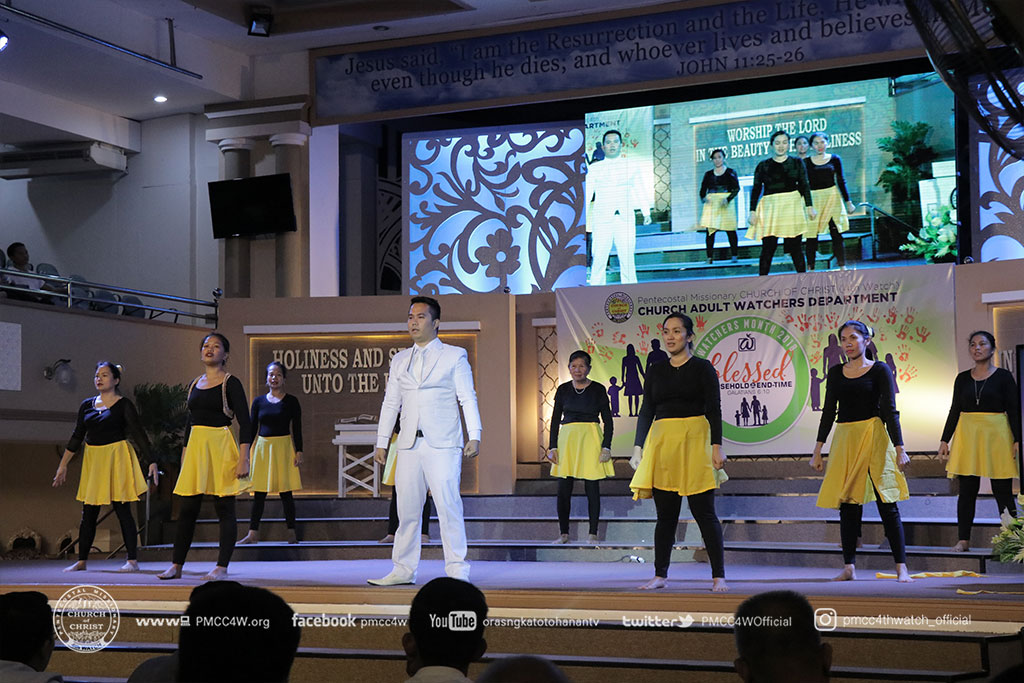 A whole month has passed and God has never failed in the lives of each of our brethren and it is evident in the faithful service of the Adult Watchers. Despite their busy schedule and the things they prioritize, they still manage to dedicate their lives through the ministry mandated by the Apostle. To be a witness of this success in the laborious service for the Lord is undeniably a blessing. To be God’s servant is indeed a triumph! 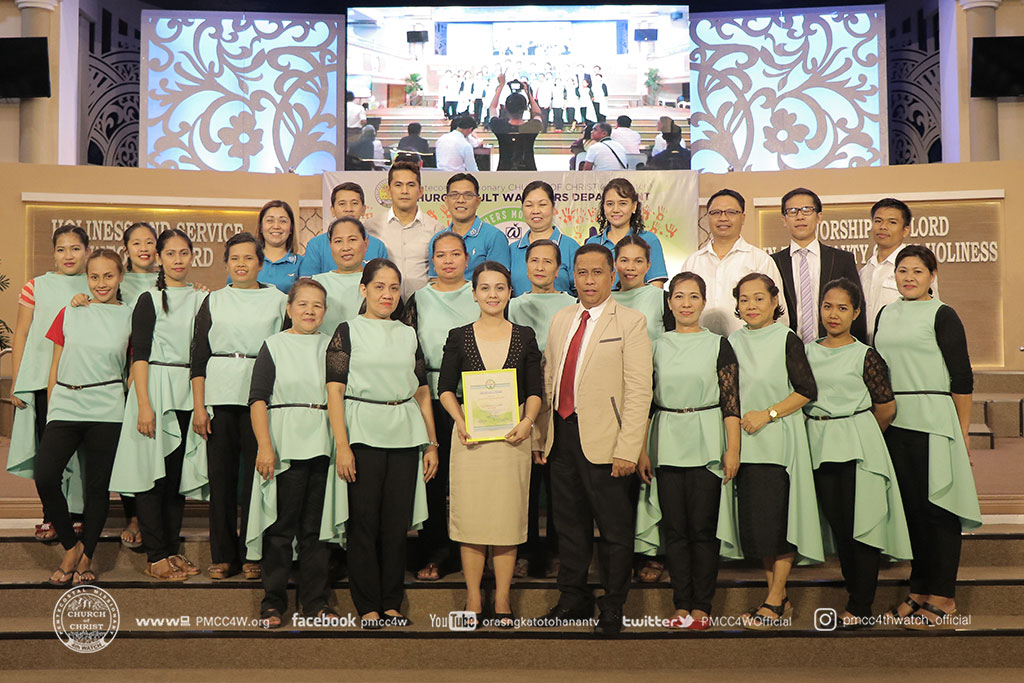 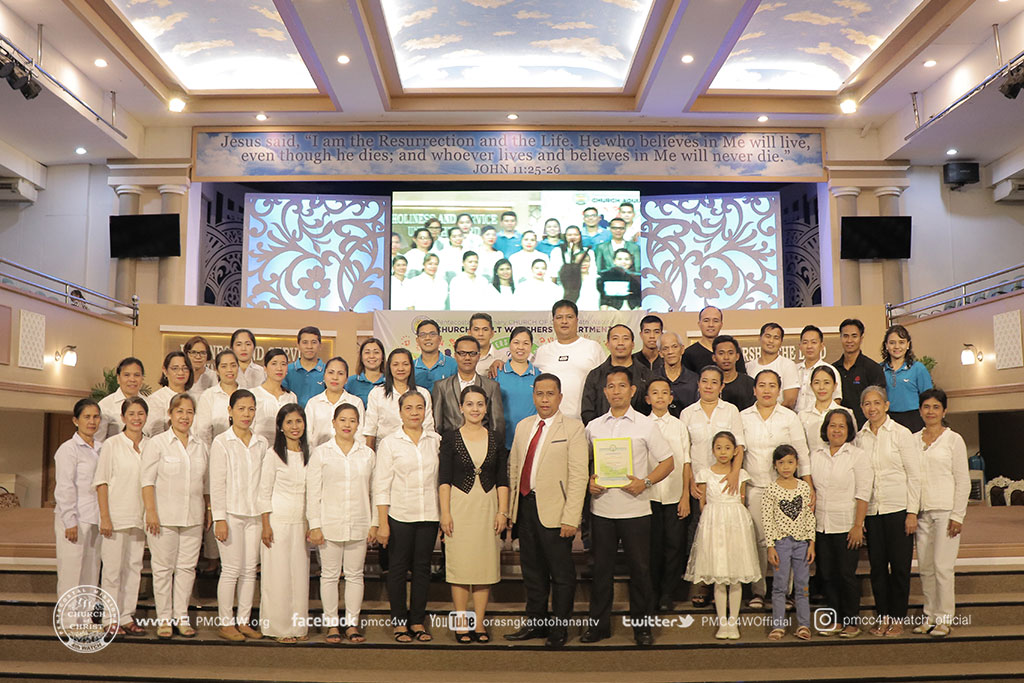 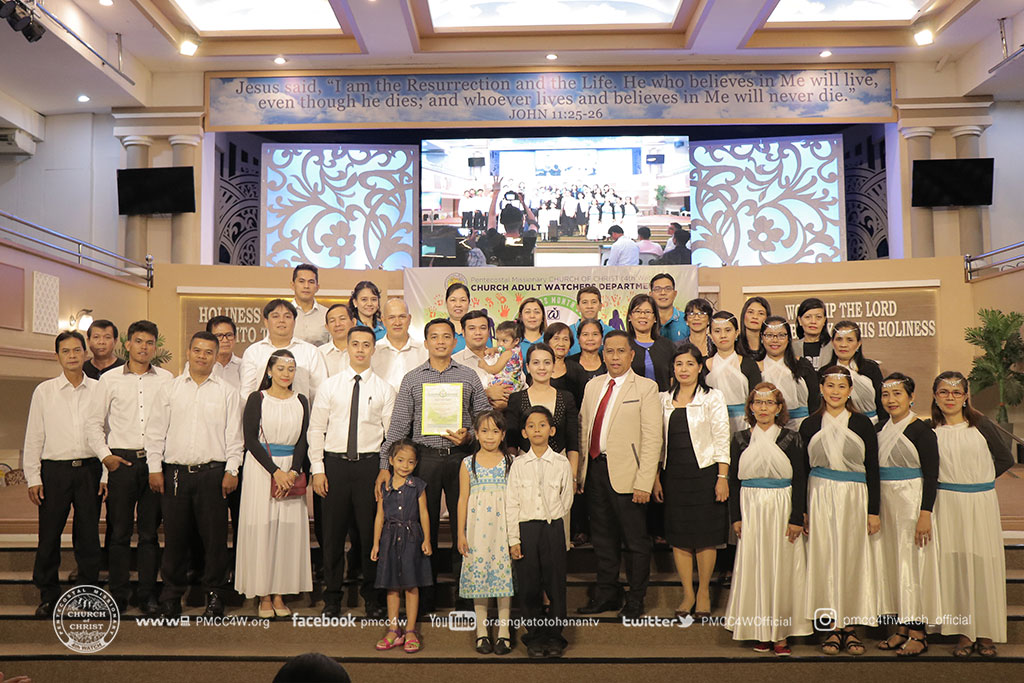