Overwhelming with gratitude, the PMCC(4th Watch) locale of Doha victoriously feasted its 12th anniversary held on September 28, 2018, at the broad hall of Qatar Sports Club. Partial of the multitude of souls who mostly filled the event, antecedently received the gift of salvation during the pre-anniversary and mass baptism the week before. 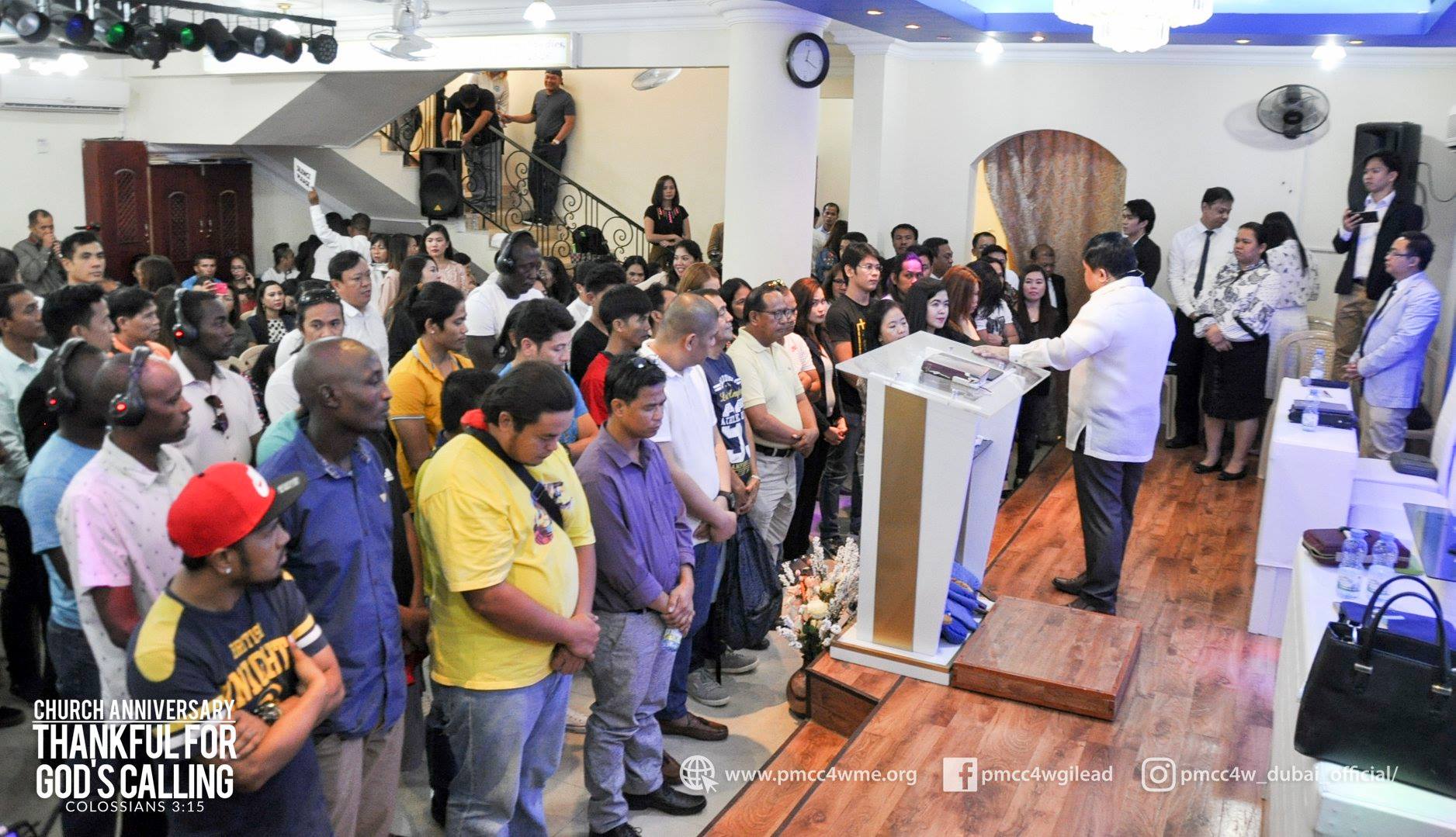 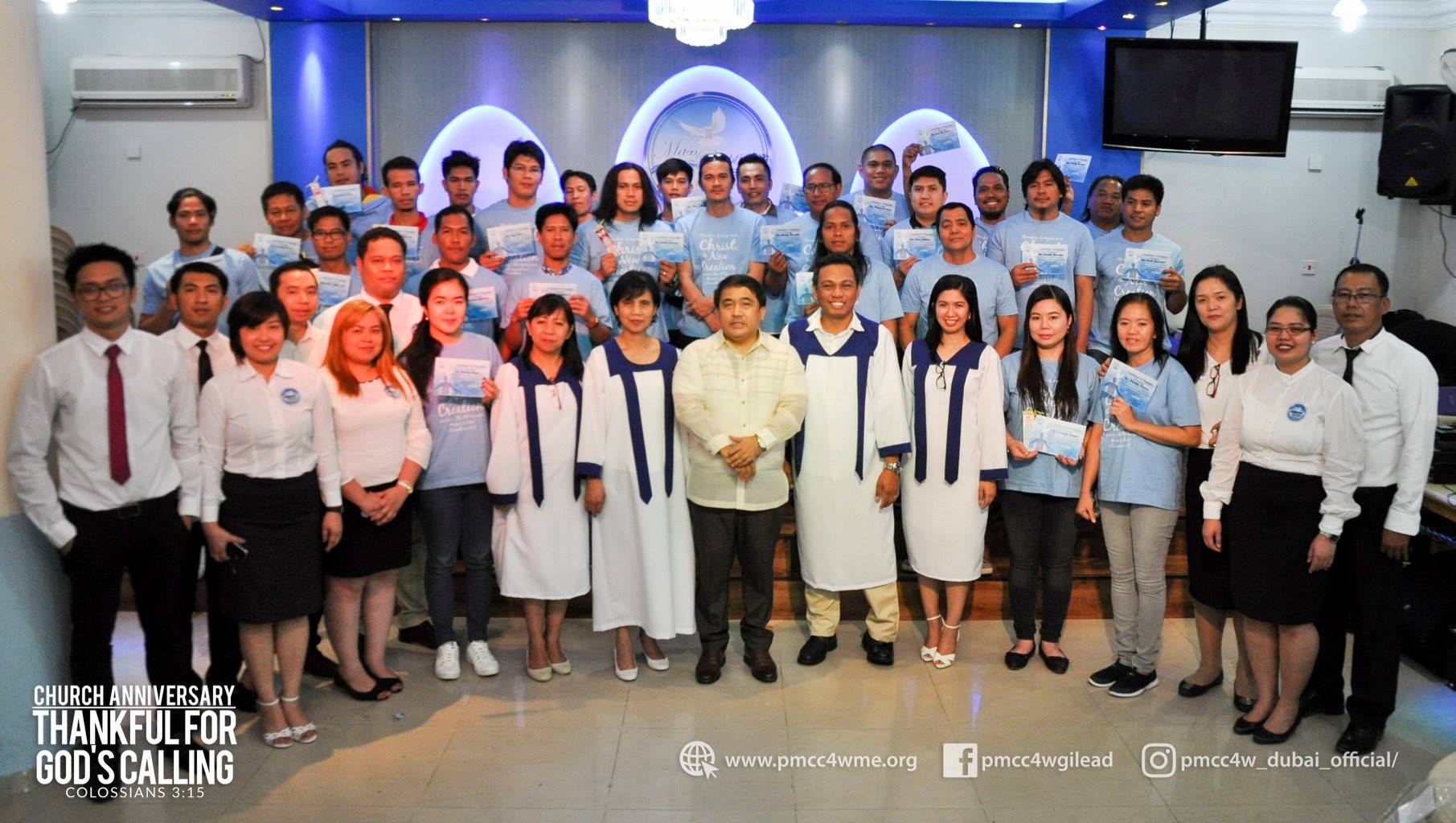 The day blissfully began with the Friday School Service where Sis. Irish Quiambao led the congregation to jubilant singing. The message of God, by television broadcast, was ministered by the Gilead Coordinator, Beloved Bishop Aldrin Palanca. 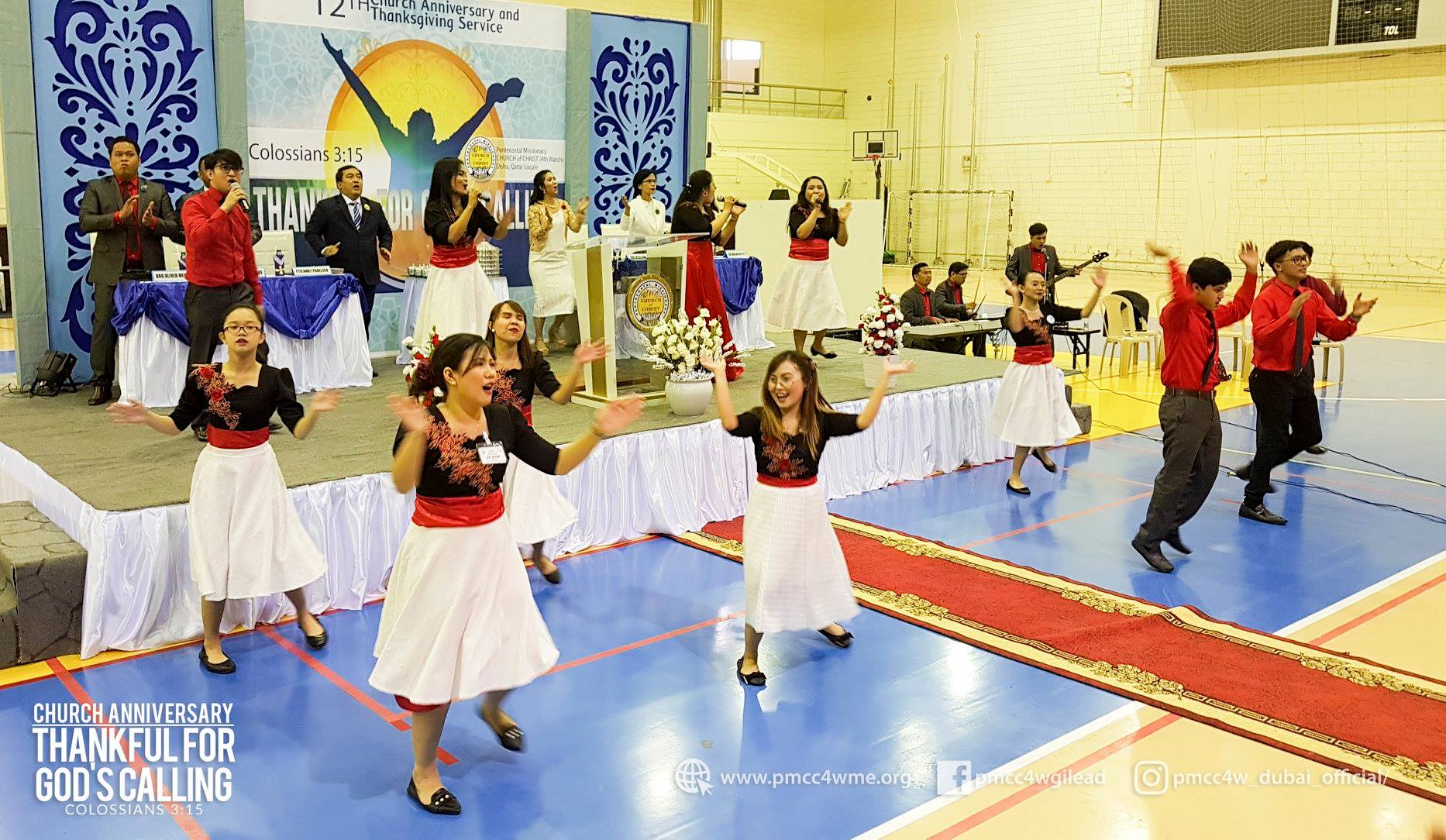 As the celebration went on, God’s dwelling spirit was kept on high by Sis. Jes Gollaba being the Master of Ceremonies. Echoes of rejoicing resonated over the place by means of praise and worship team headed by Sis. Rhona de la Pena. It was then followed by an ardent invocation of Sis. Fe Mina. 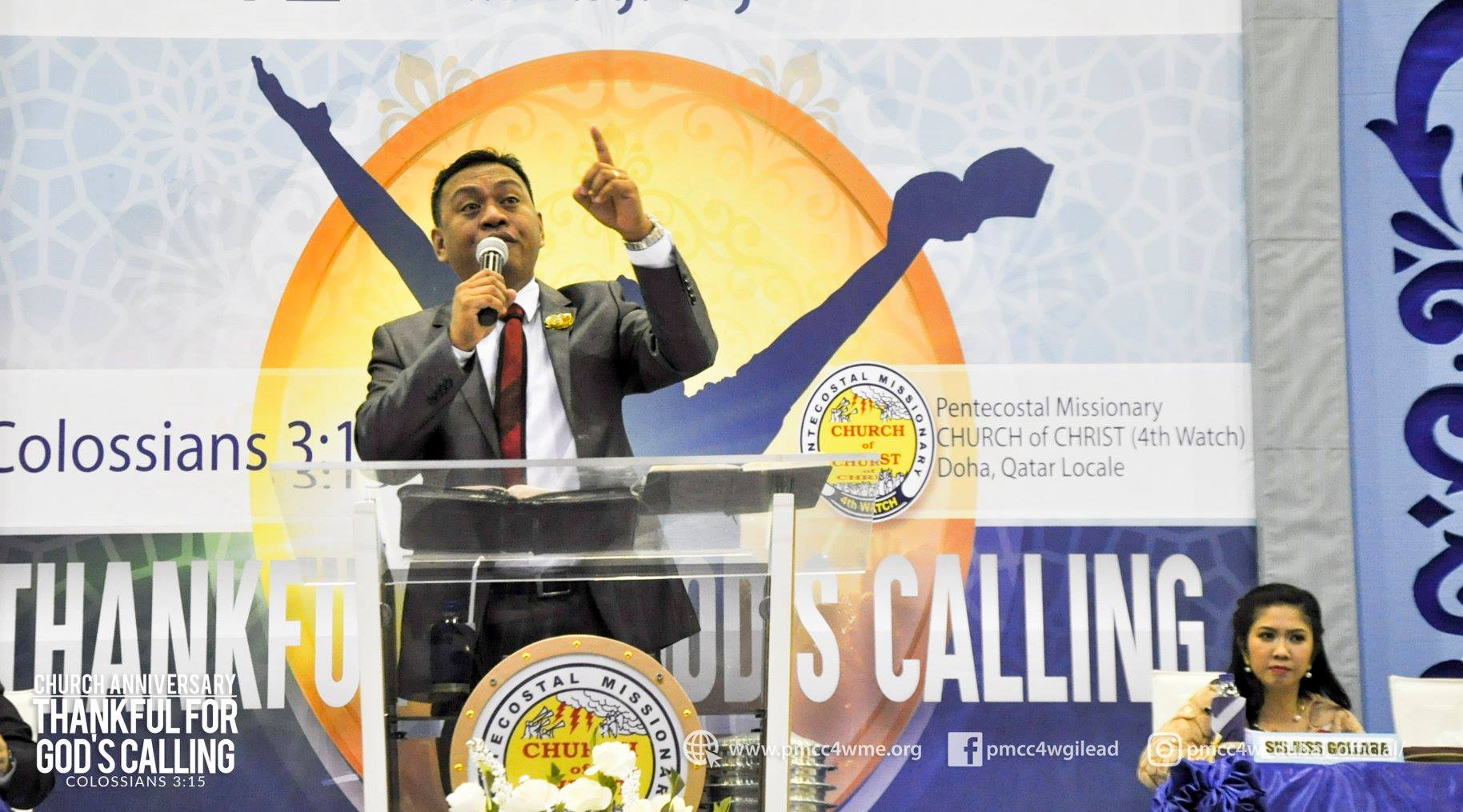 In between, energetic and mirthful voices gave glory to His name brought by the young watchers, Siloam band and Doha Chorale.

The program was even more blessed as the Sent One of God, Apostle Arsenio Tan Ferriol extended his greetings through a video message. 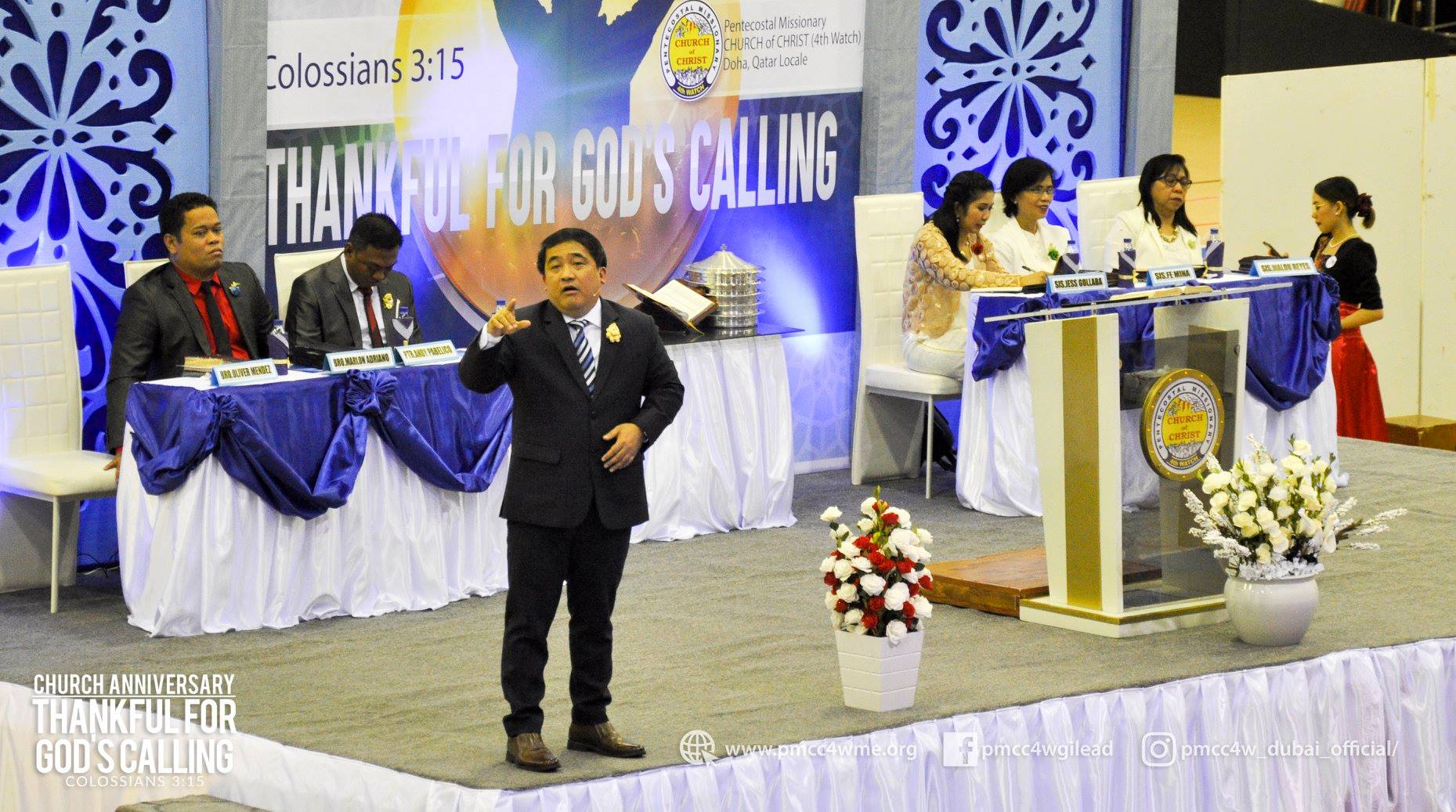 Furthermore, Bro. Marlon Adriano gave the offertory message enumerating the right attitudes of giving. The flock became more engaged as Ptr. Andy Pabelico delivered Good News thematically igniting the words of God in Col 3:15. He exemplified the reasons of God’s calling inspiring everyone to be heartfully thankful. This deliberately moved the hundreds of visitors to accept Christ Jesus as their Savior, which capped off the historic gathering. 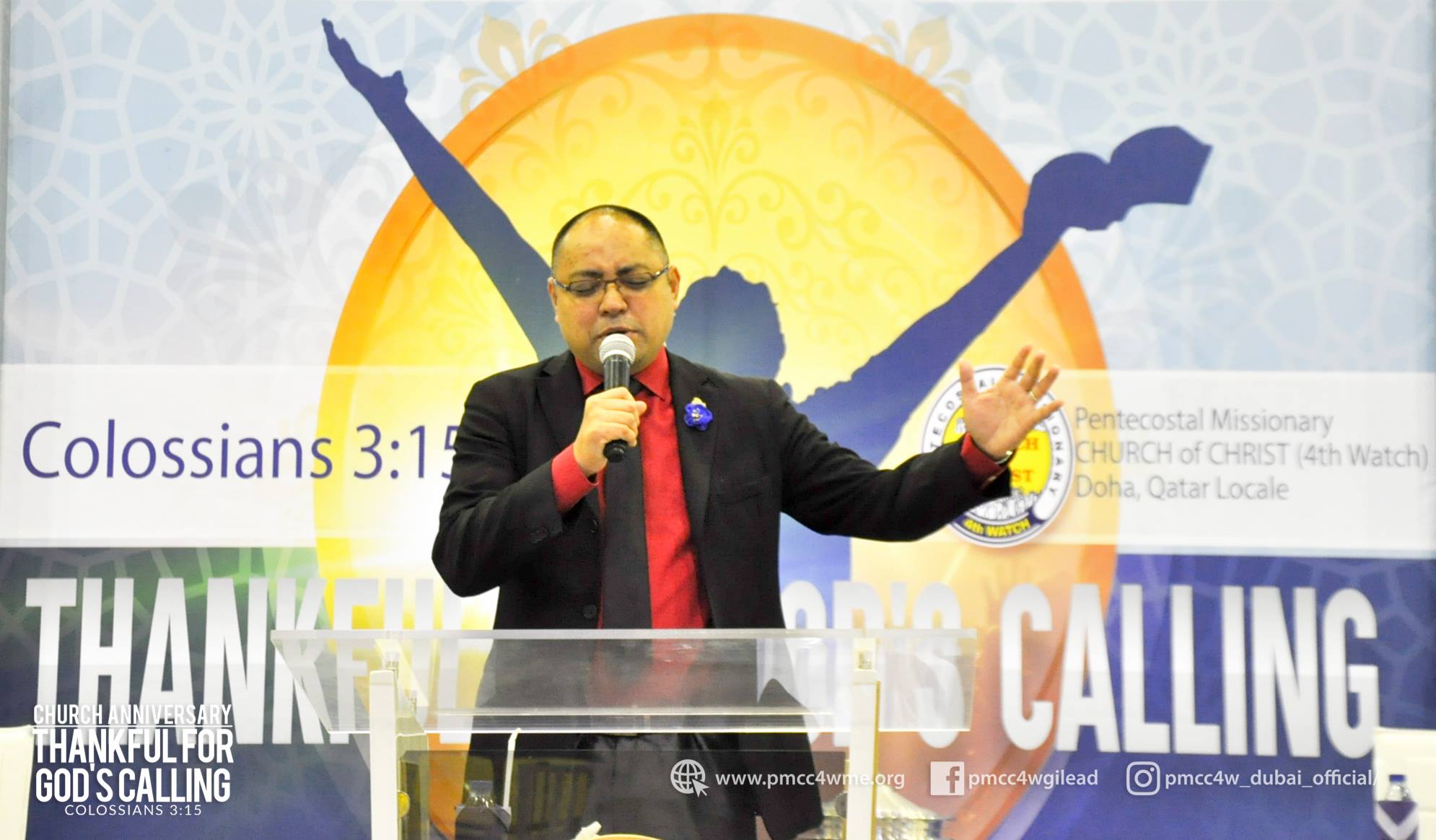 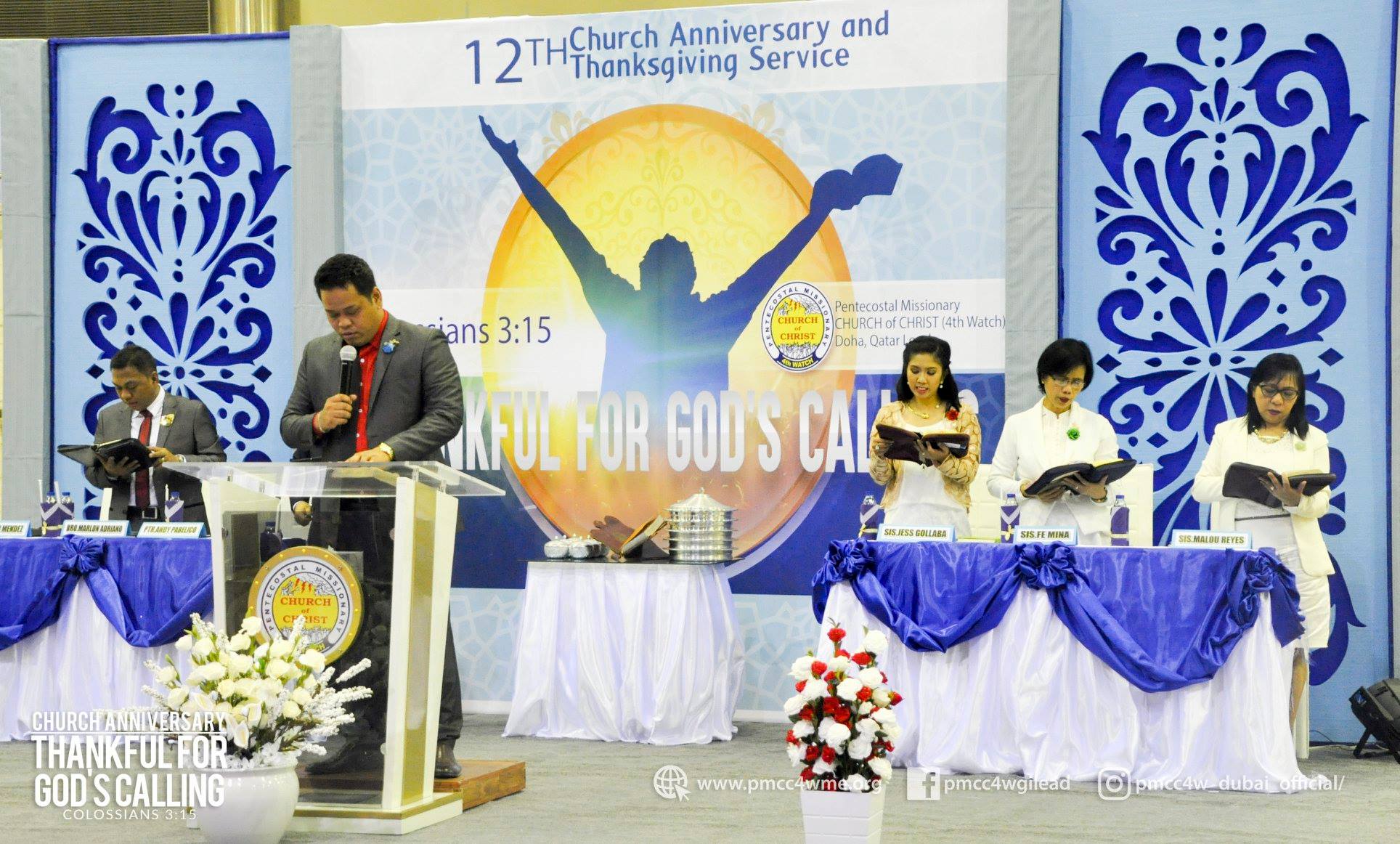 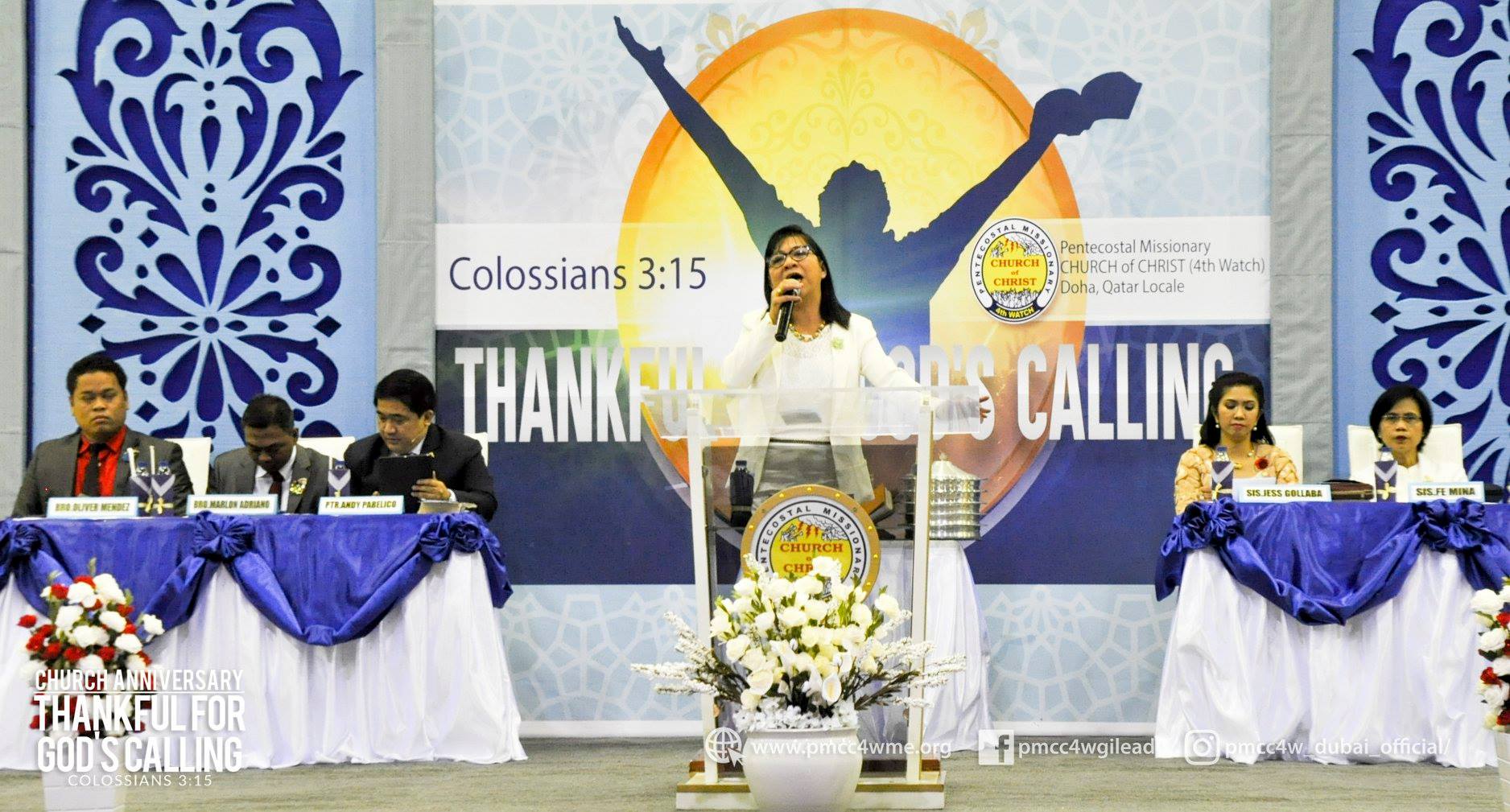 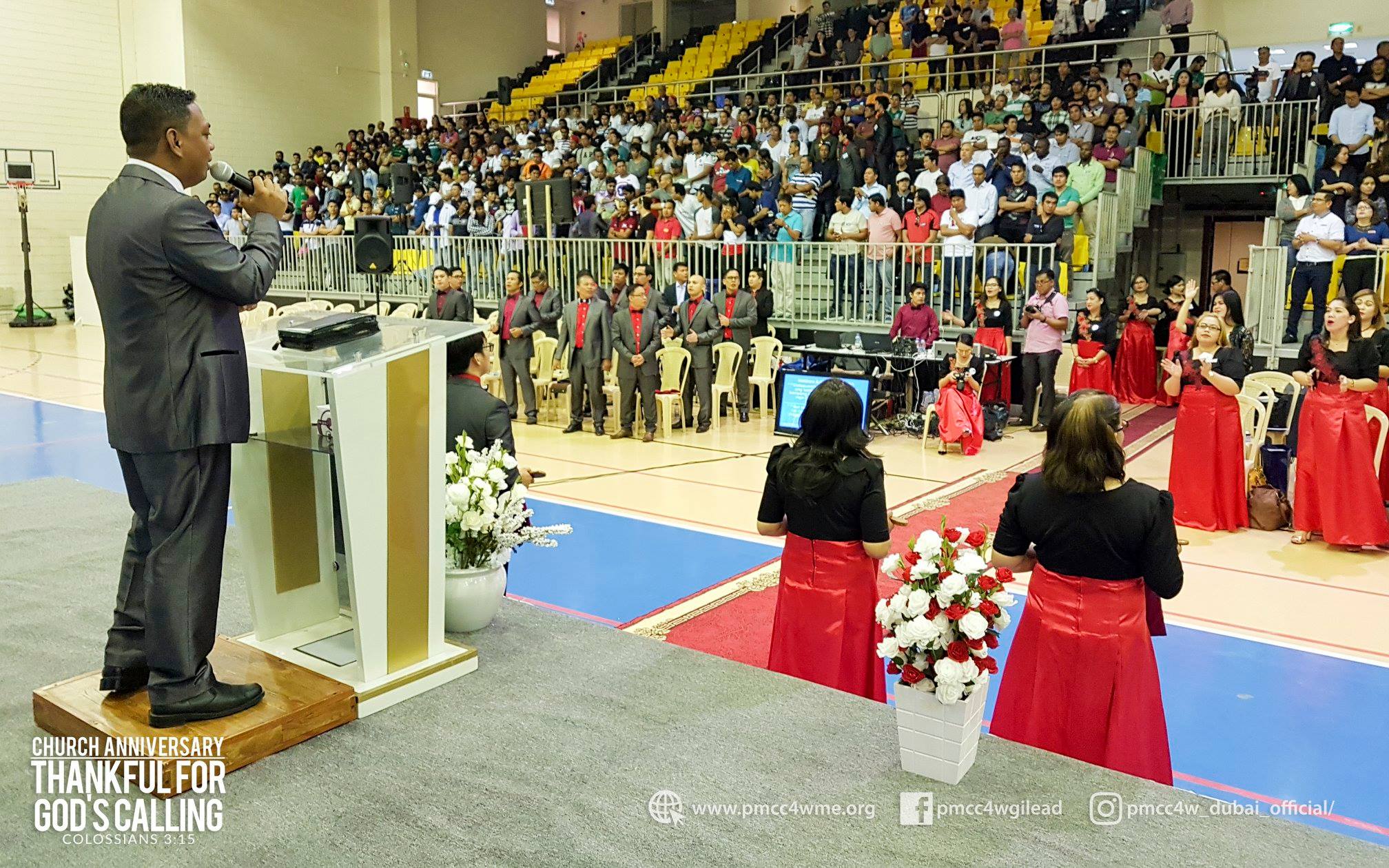 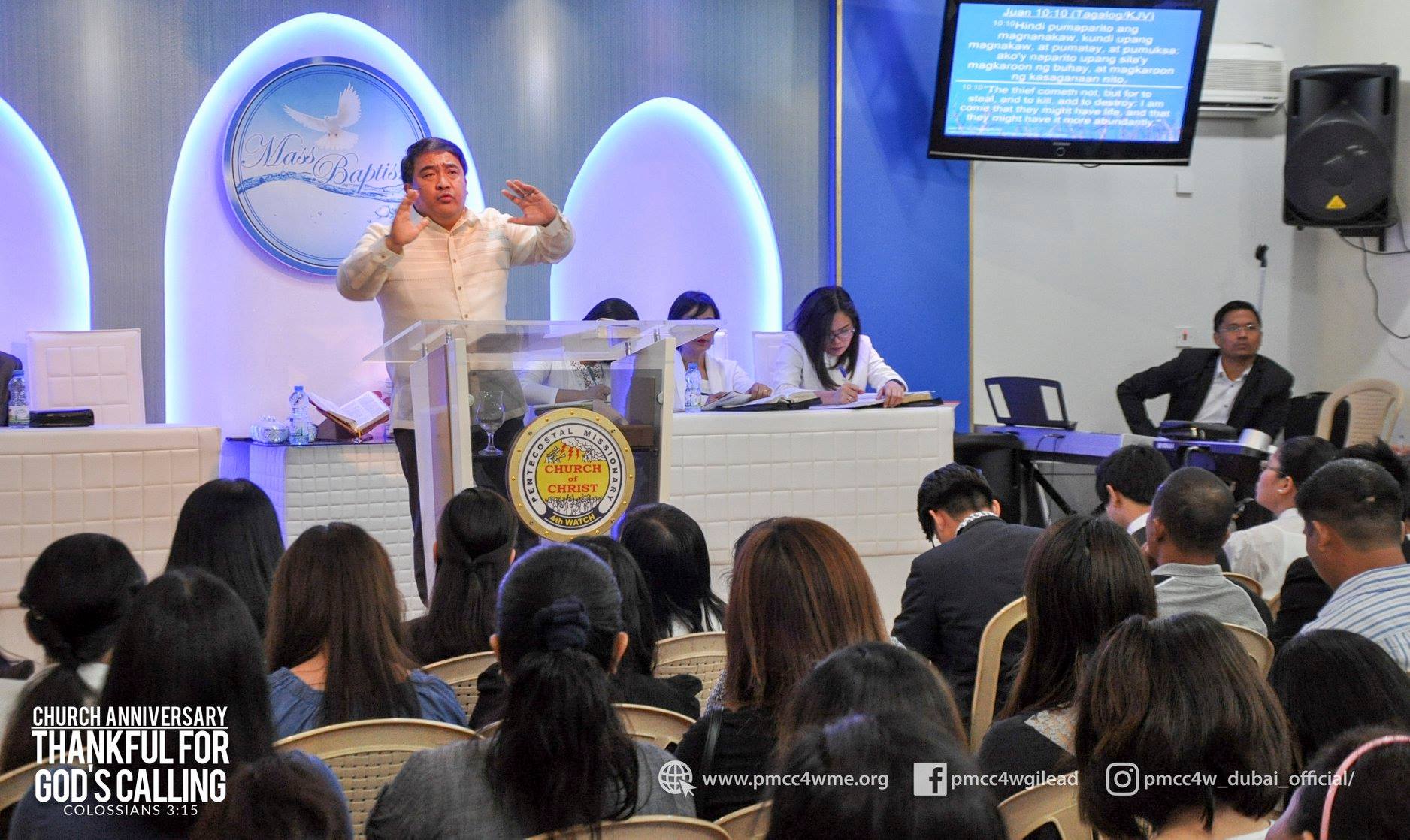 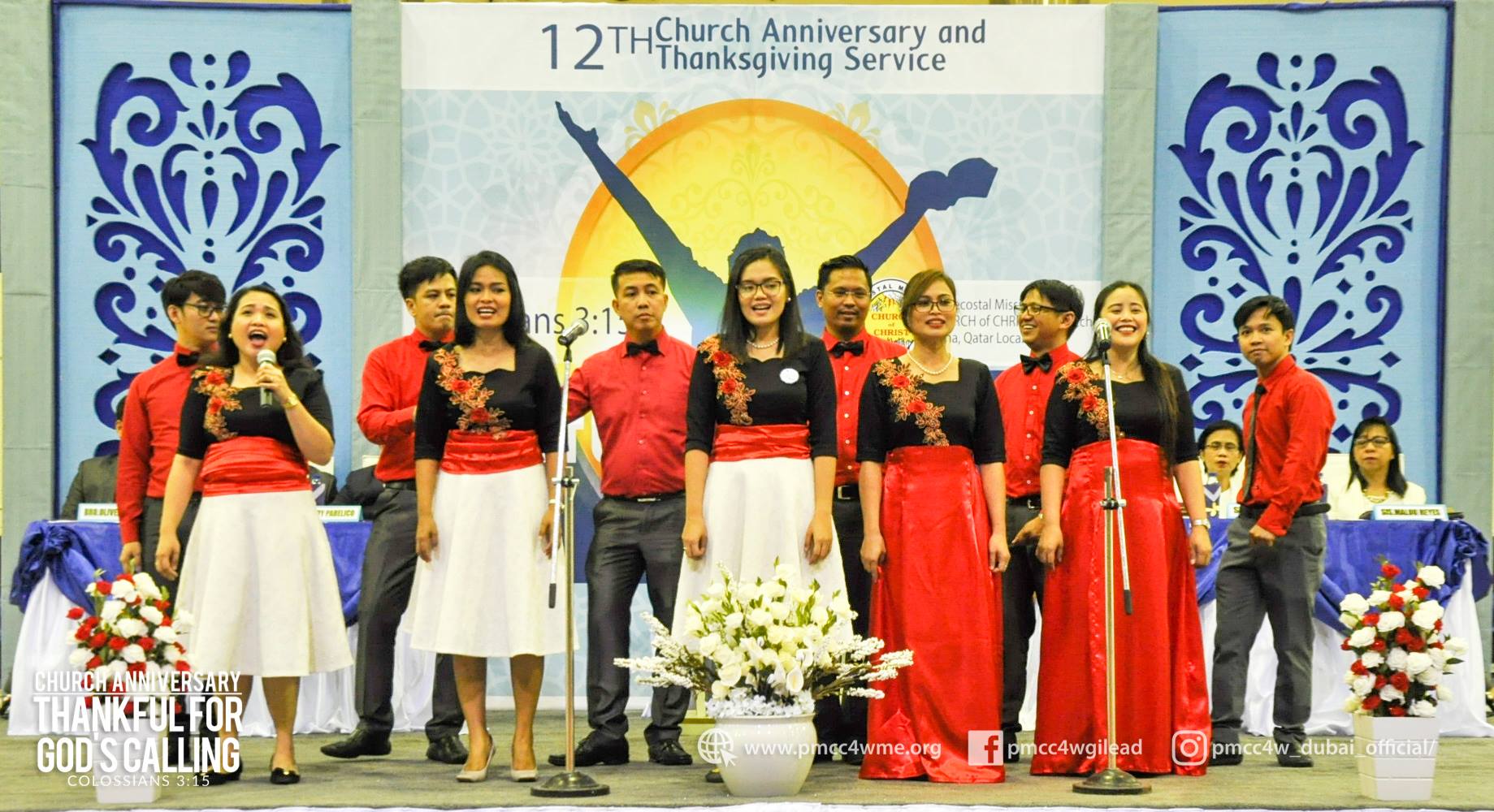 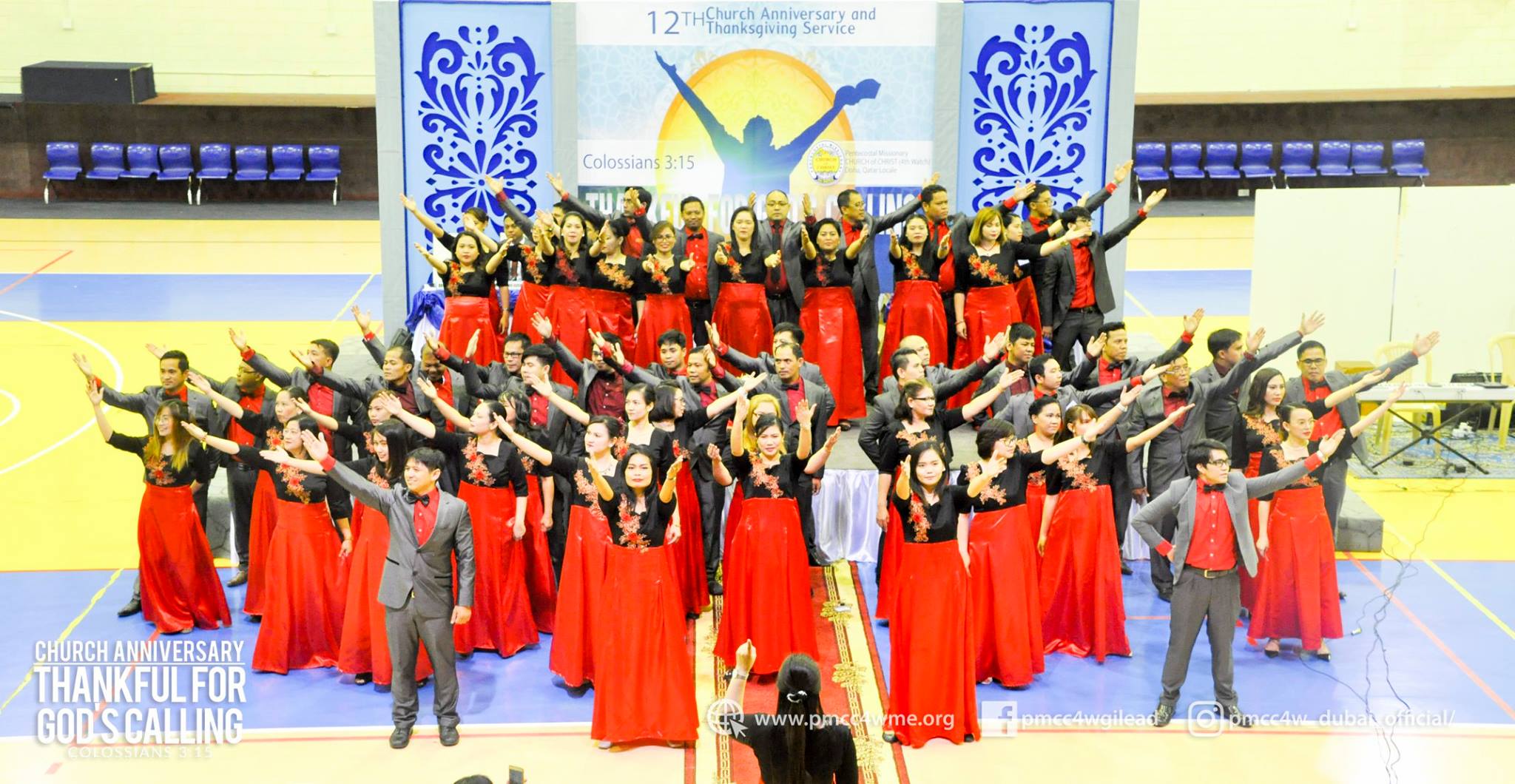