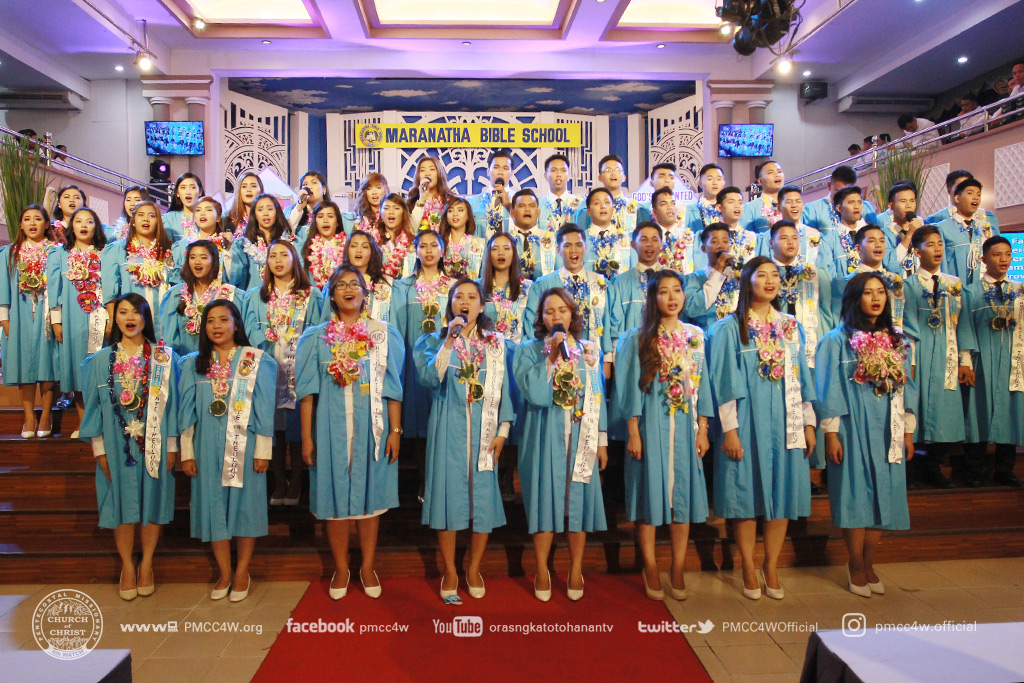 On March 29, 2017, the Maranatha Bible School (MBS) held its 5th Commencement Exercises for the Associate in Theology (AIT) at the PMCC (4th Watch) building in Marikina locale. 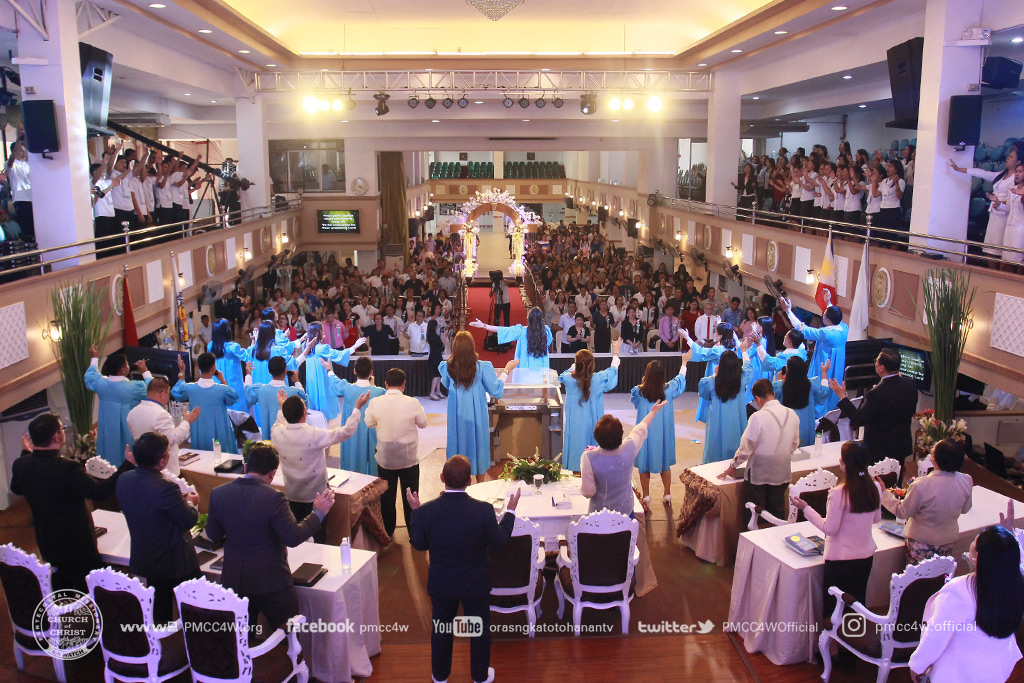 The program began in the afternoon with the processional march. 52 candidates for graduation marched with their proud parents and guardians. The male students (24) were slightly outnumbered by their female (28) counterparts. The speakers of this year’s graduating batch, God’s Anointed Truth Defenders in the End-Time, were given recognition and marched last among the batchmates. The students were followed by the distinguished members of the faculty and the dean of the MBS, Apostle Arsenio Ferriol. Sis. Sandra Krizzle Carbonel, another graduating student, had the privilege of delivering the offertory message. Before the presentation of the MBS faculty, Pastor Leticia Ferriol first offered greetings to the guests from the evangelical community. Later, she introduced the MBS faculty one by one and the subjects that they are teaching. Pastor Let also gave an overview of the next part of the program. She gave a brief profile of the speakers lined up and their respective topics. She then offered a prayer before the speeches of the graduating speakers. 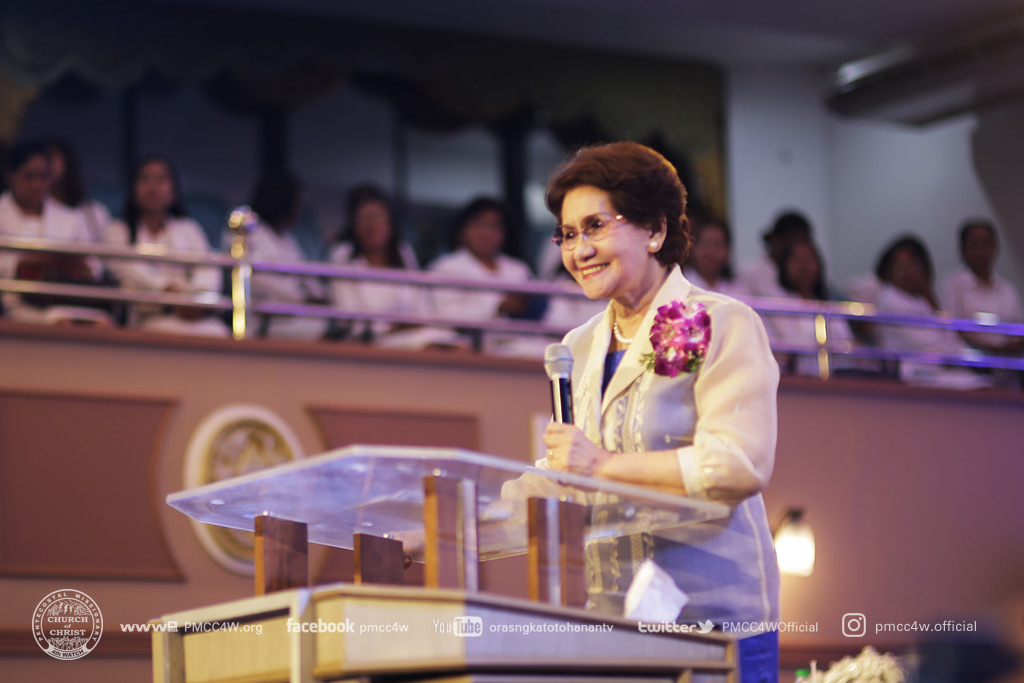 Sis. Renz Lazanas was the first speaker of the graduating class. She explained the message of Faith. 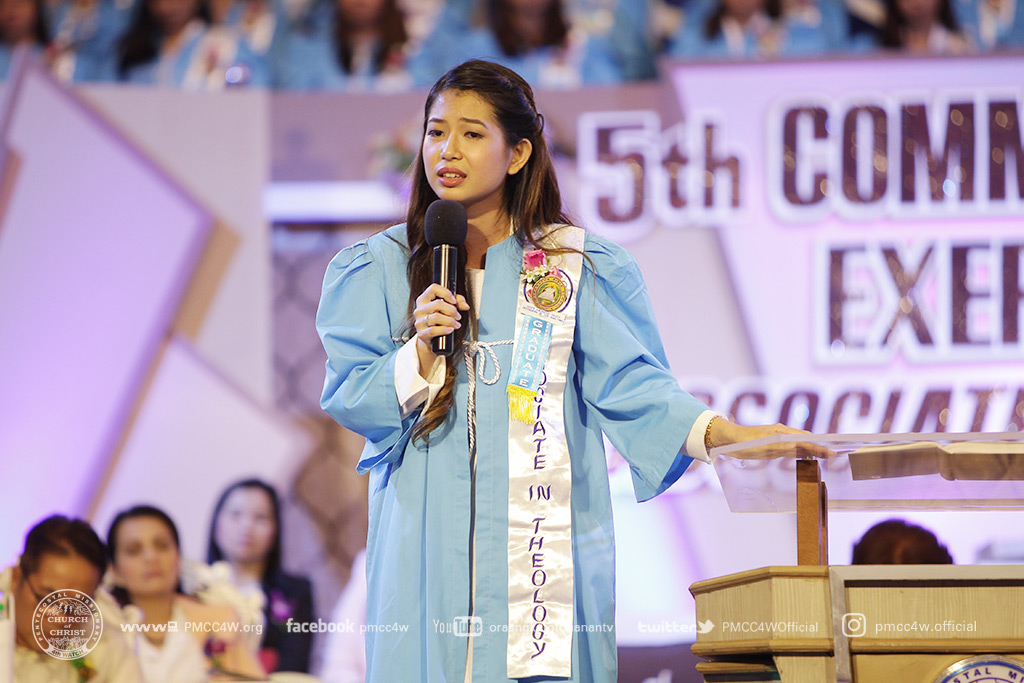 It was then followed by the message of the Goodman of the House, Apostle Arsenio Ferriol. 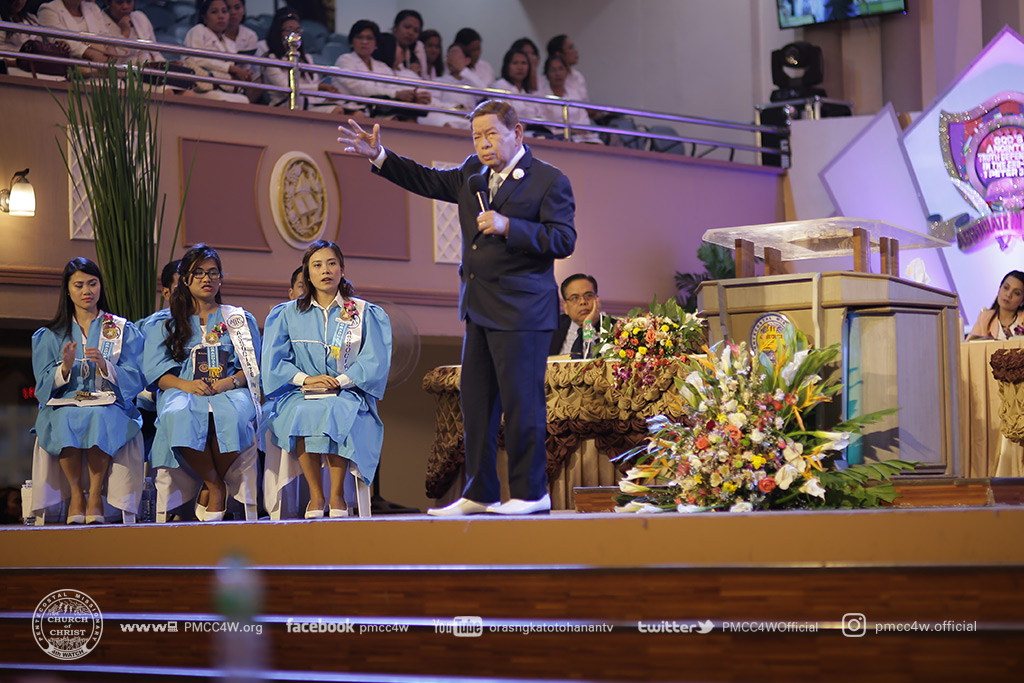 Sis. Rvee Gail Camposagrado had the honor of being the last speaker. She elaborated on the message of Prayer entitled, “Conquering the World through Prayer”. 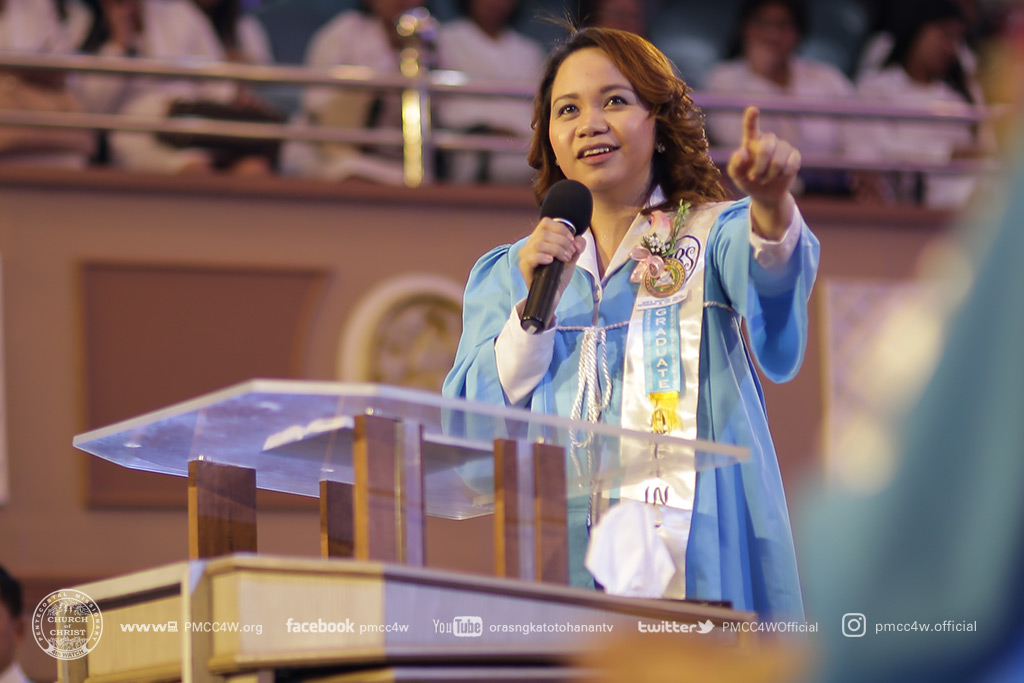 After the last speaker, Pastor Let then proceeded to call the recipients of the speaker’s awards. Apostle Arsenio Ferriol handed out the medals to the speakers. After the awarding, Pastor Policarpio Mendoza, OIC of the MBS, presented the 52 candidates for graduation to the dean. 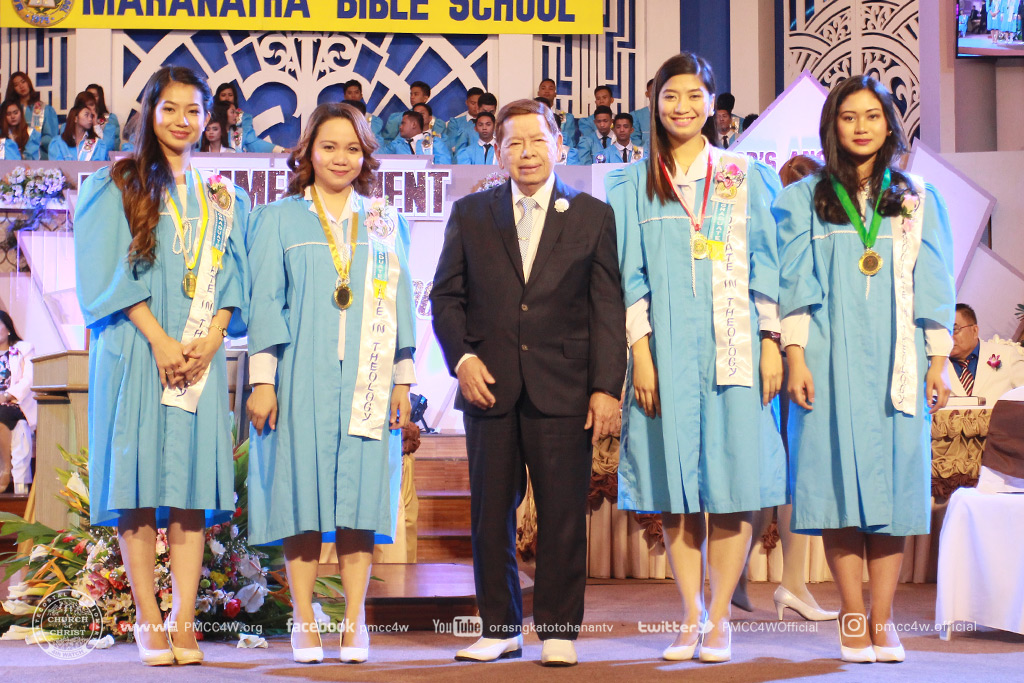 The graduates were then called to receive their diploma. As they approached Apostle Arsenio Ferriol, he gave them their diploma. Pastor Let Ferriol assisted in handing out the diploma while the church bishops and MBS faculty formed a receiving line to congratulate the graduates and offer their well wishes.
After the last graduate received her diploma, the graduating class took part in the dedication. As “Speak My Lord” was sung, they gathered at the center of the stage, knelt, and raised their hands. As they prayed, they were overcome with emotion. This was the culmination of 2 years of sacrifice and hard work. Many can’t help but cry as they felt the moving of the Holy Spirit. Apostle Arsenio Ferriol then invited the audience to join the graduating class in prayer. He went on to pray for the graduates and bestow the benediction upon them. As a fitting ending to the graduation ceremony, the God’s Anointed Truth Defenders in the End-Time, performed their graduation song. After the graduates’ song number, Bishop Leo Alconga prayed for their success and entrusted their future to God. 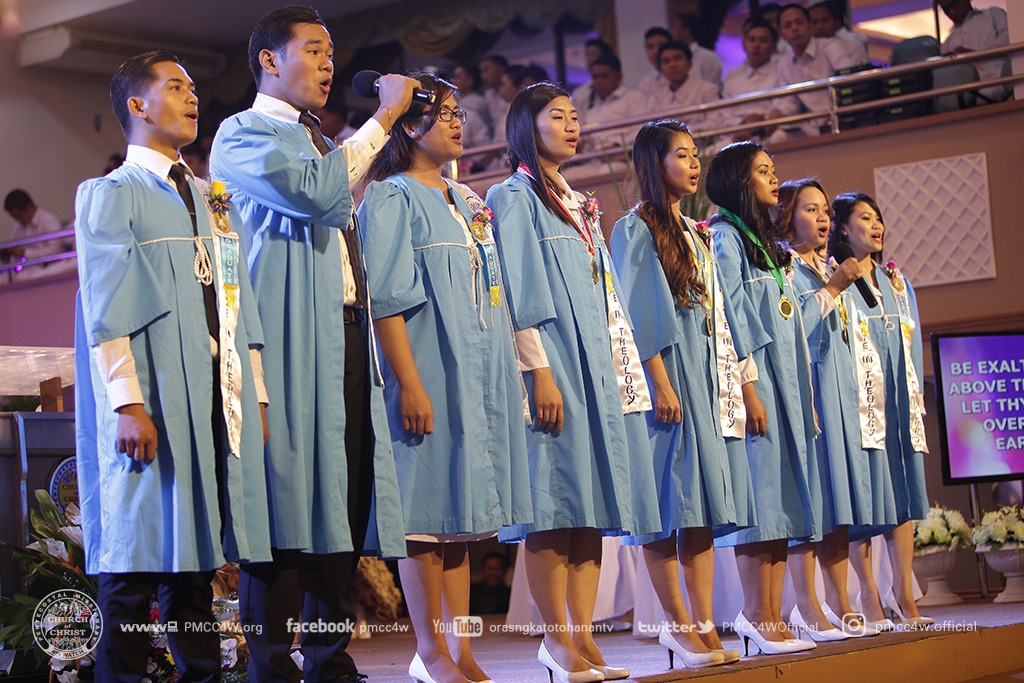 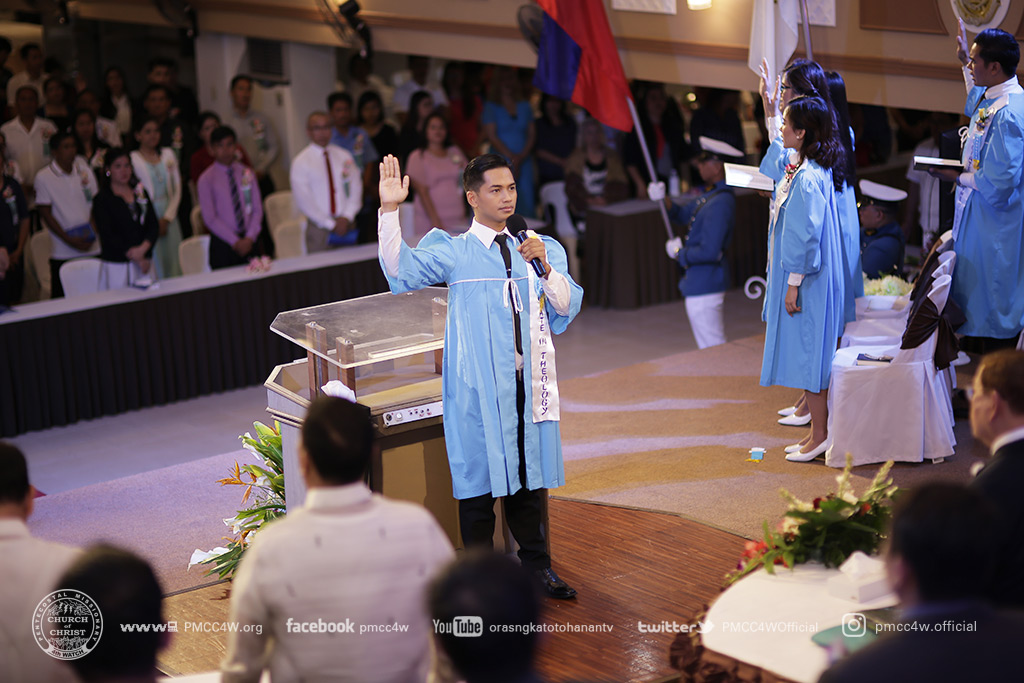 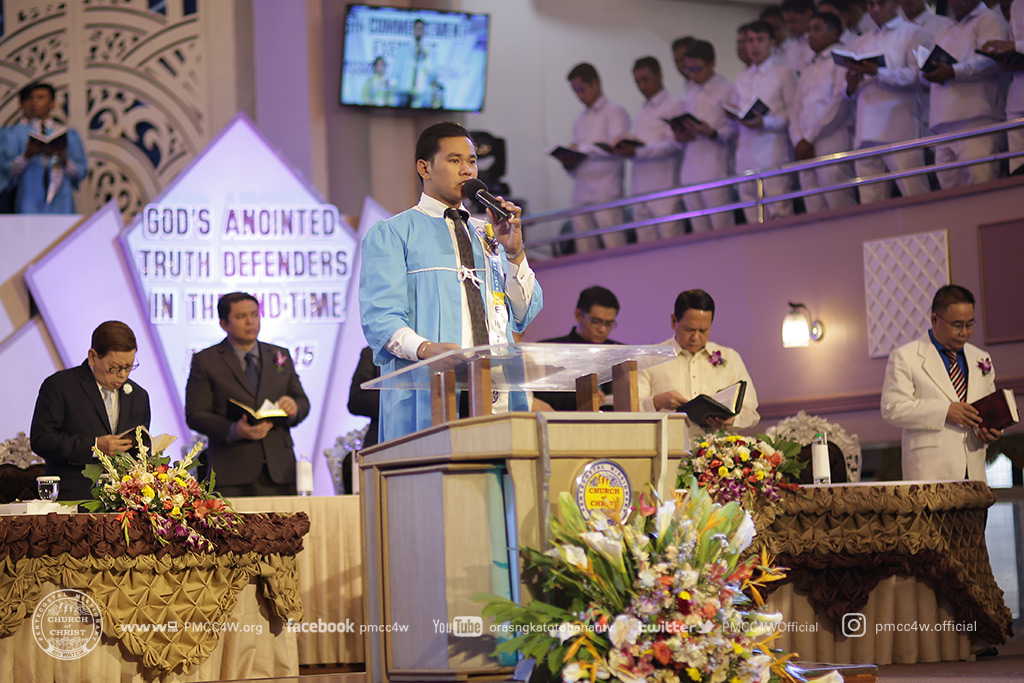 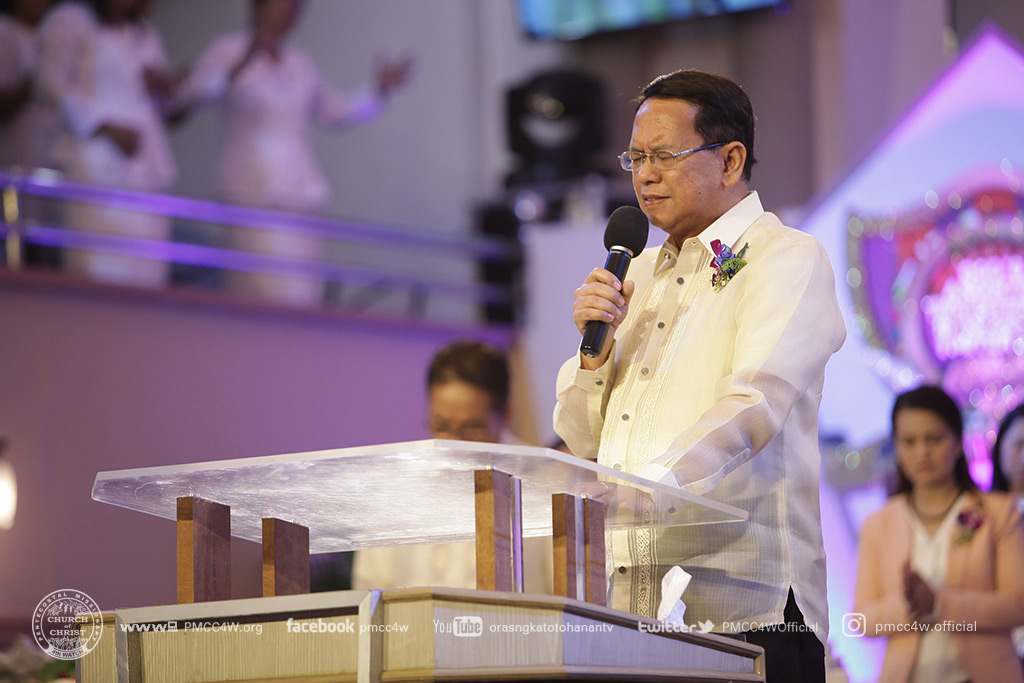 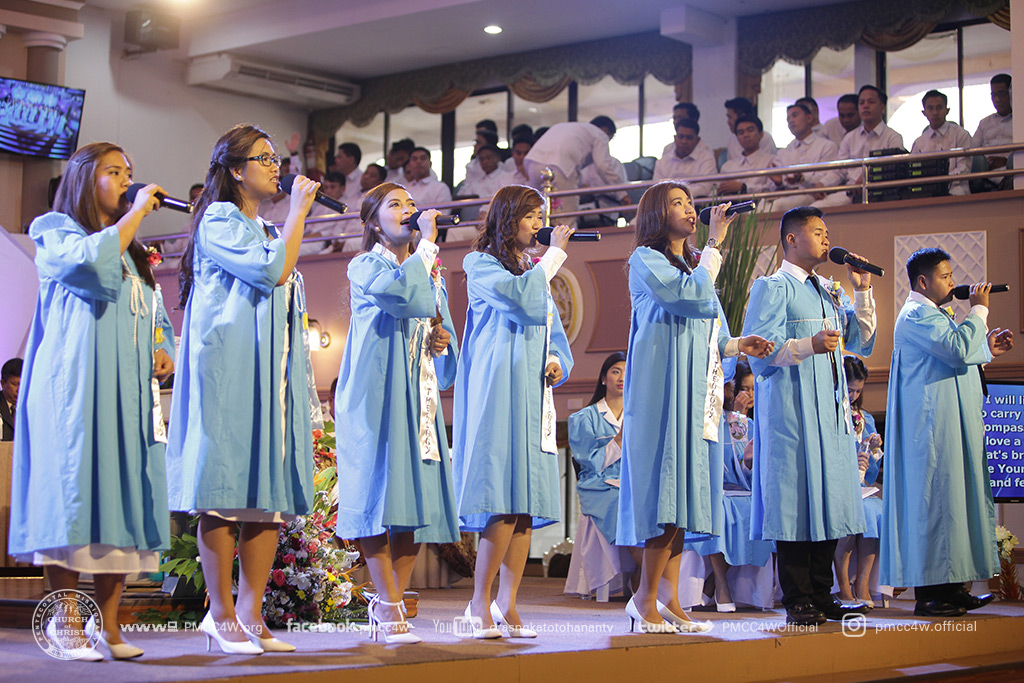