On February 3, 2019, Japan District witnessed the unveiling of another historic mark in the Church – the inauguration of the Maranatha Bible School Japan District Extension.

Within the halls of PMCC Tokyo Local Church, brethren from Eastern Area and ministers from all Japan Local Churches assembled to partake in this momentous event. 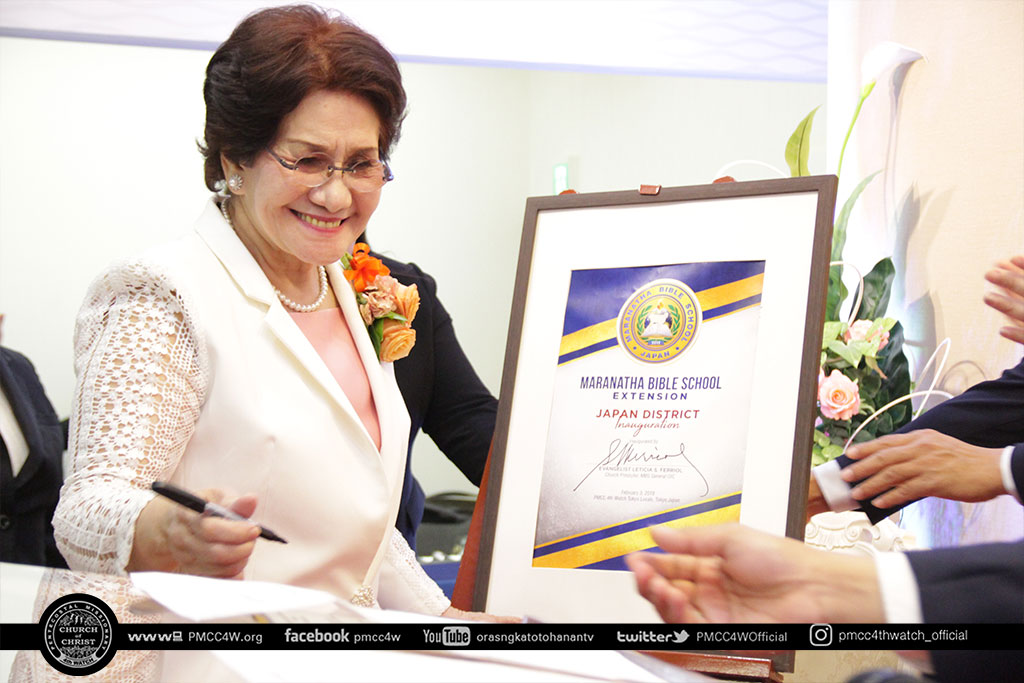 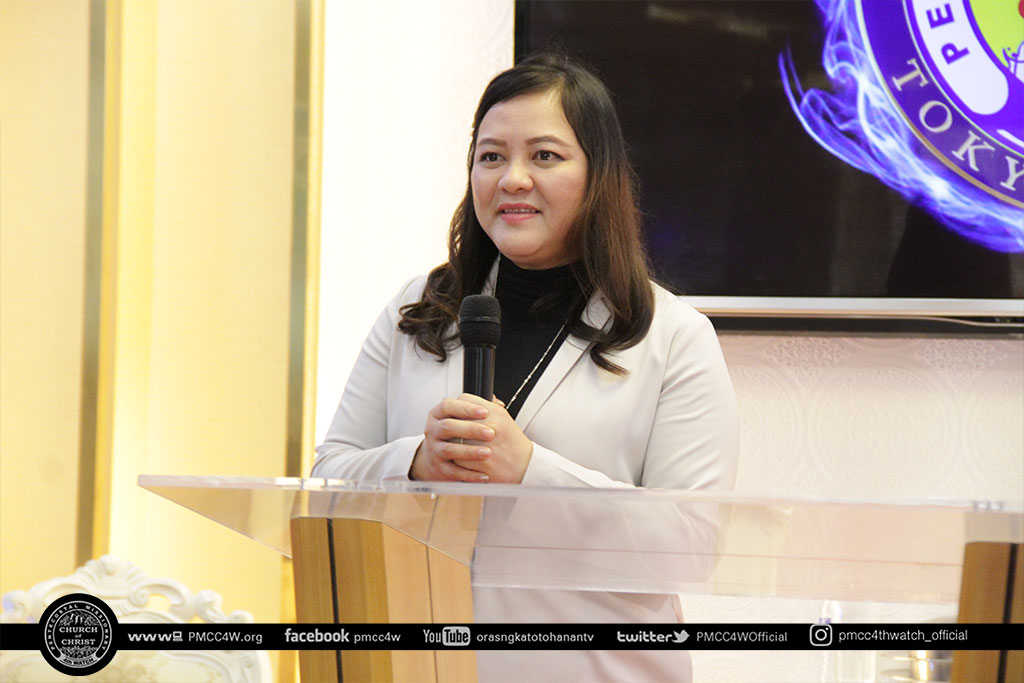 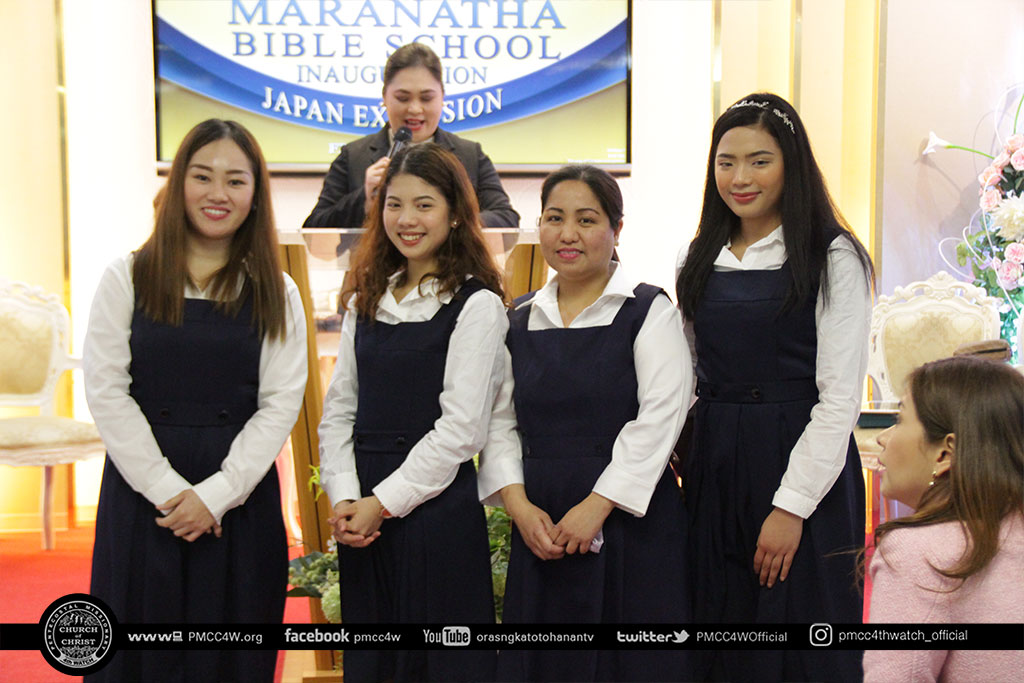 These students were then blessed by Presbyter Let Ferriol with a Prayer of Consecration. With the brethren’s right hands raised up for them, Evangelist Let prayed and laid hands on each Bible Student. Before the message of the Beloved MBS-GOIC, the Bible Students rendered a song of praise entitled “Jesus be the Center“. 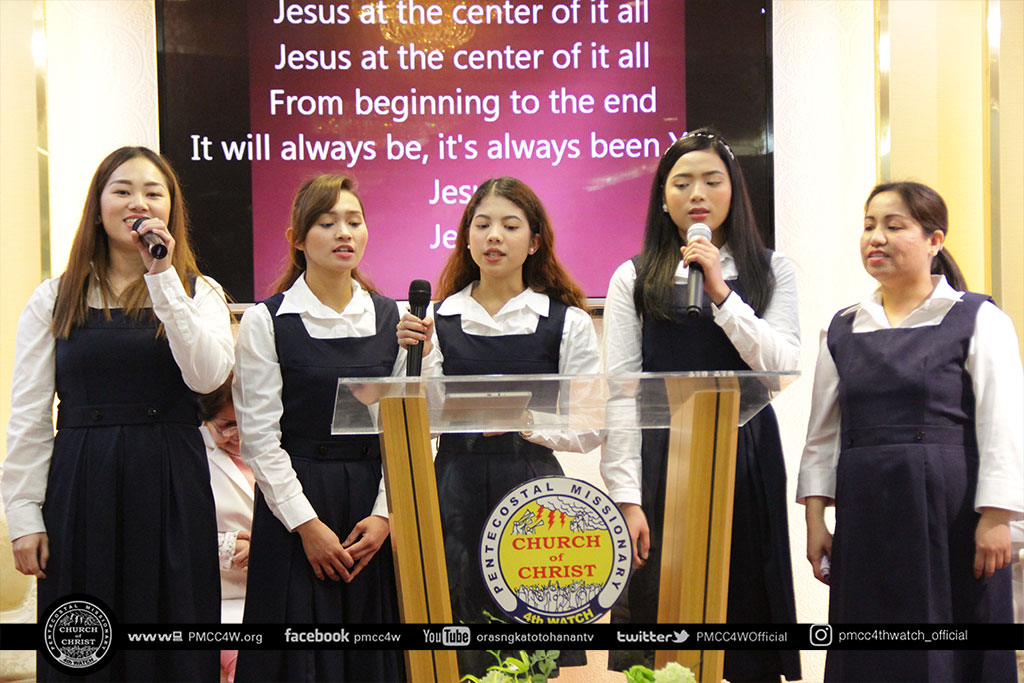 In her message, Presbyter Let reiterated the need for more missionary workers for the Lord. She illustrated this through a simple ratio and proportion saying, “Dito pa lamang sa Japan, isipin nyo na lamang gaano karaming tao ang dapat maabot ng bawat isang Bible Student, napakaraming dapat pangaralan, kakaunti ang mga manggagawa!”
(Just imagine the number of people that can be reached by every Bible Student here in Japan. The harvest is plentiful but the workers are few.) 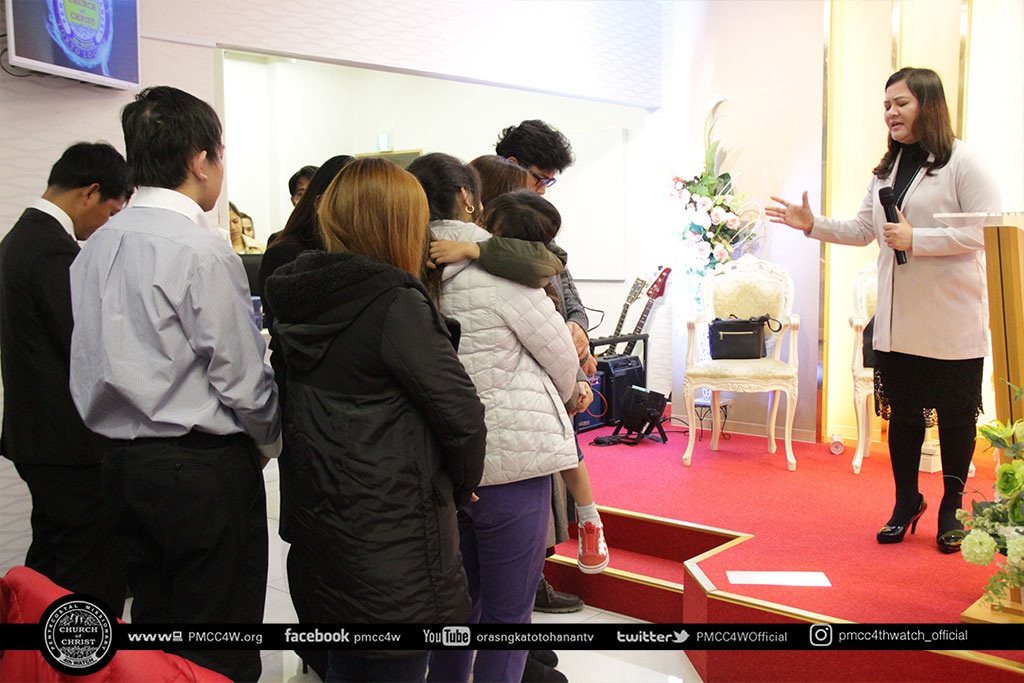 Before the conclusion of the event, a simple Tribute for the MBS- GOIC was presented by the Japan ministers and brethren in honor of her works and celebration of her birthday.

With hearts and spirits kindled with new visions for the mission, everyone went home encouraged and blessed. (R. Siman) 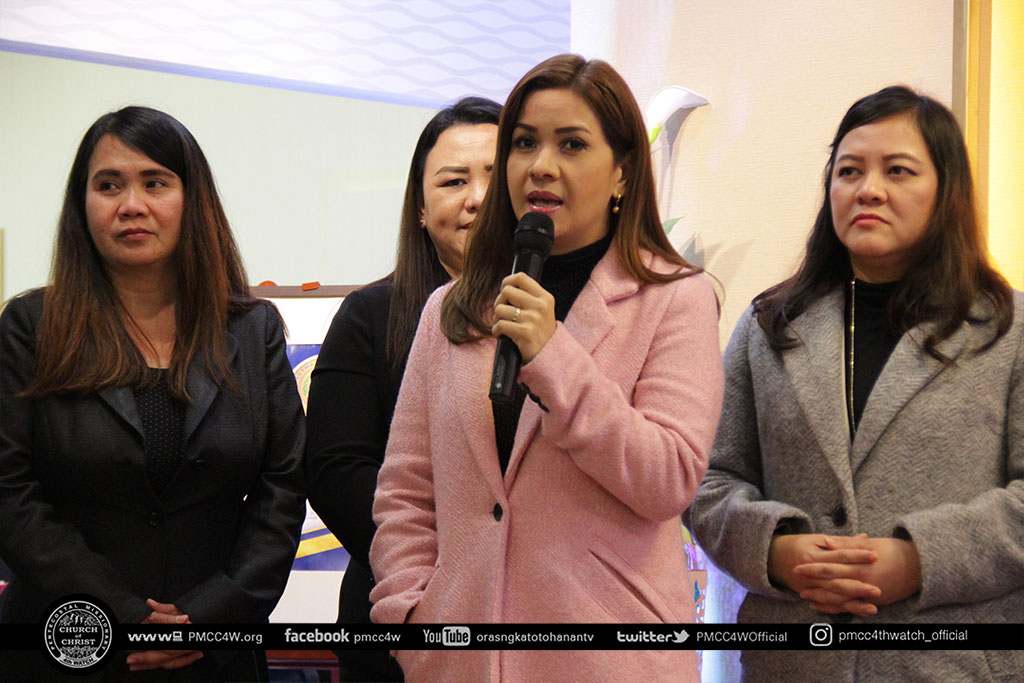 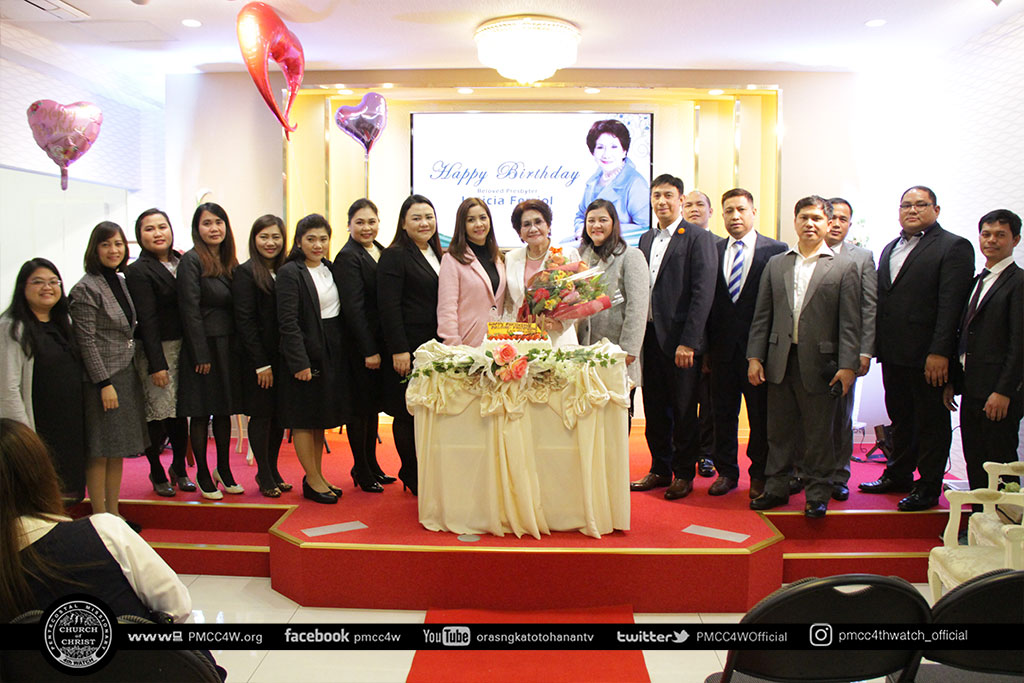