A commemoration of more than three glorious decades of God’s working in the capital city of Saudi Arabia! The brethren of the local church of Riyadh were all in adoration and thanksgiving for God’s high calling in celebration of their 33rd Church Anniversary and Thanksgiving Service last September 21, 2018. 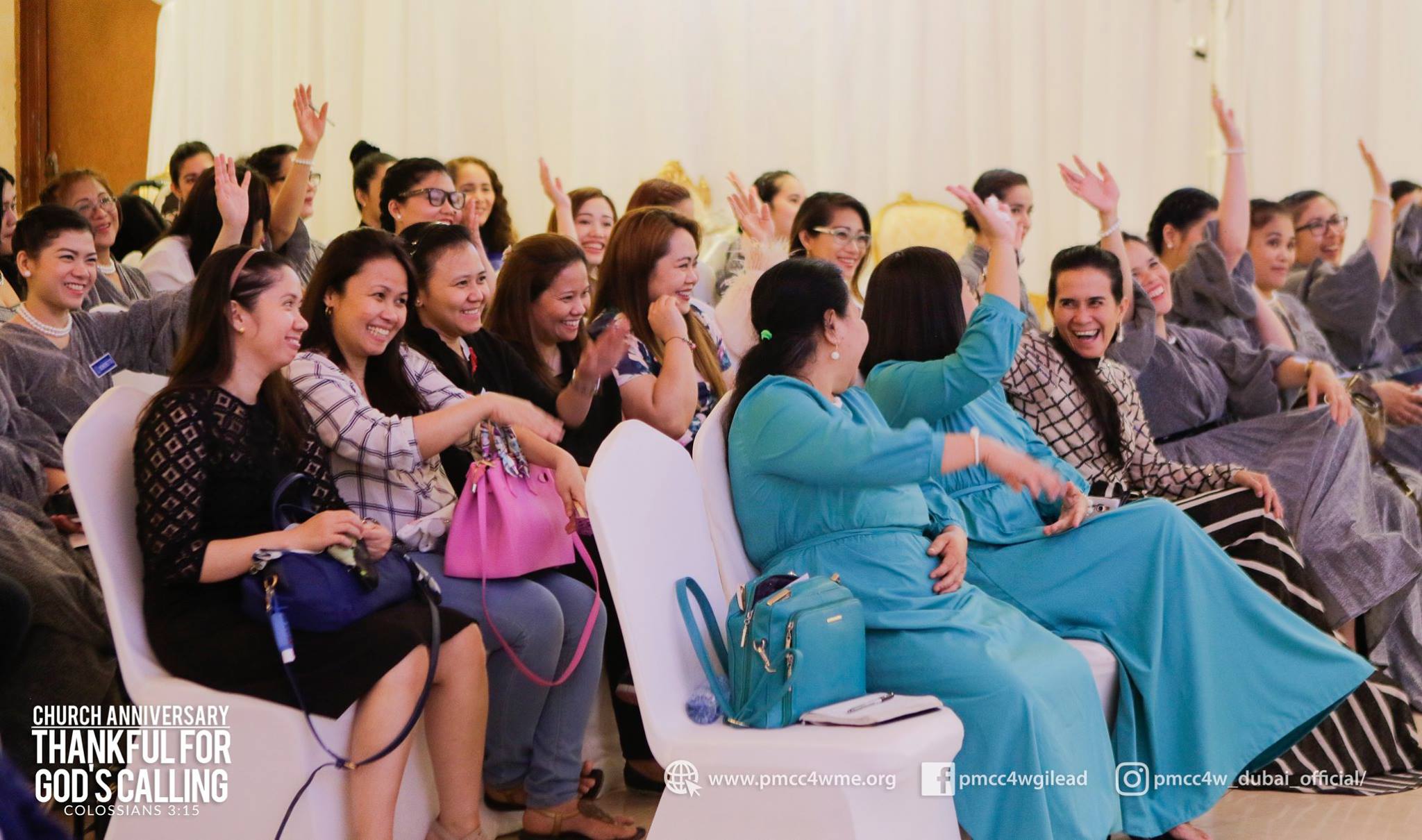 Riyadh Locale, which was established in 1985, is considered to be a historical local church in the middle east. At a time when holding church services posed a big risk, the early brethren of Riyadh local were a picture of courage and spirit-filled demeanor which led to the local church that it is today. 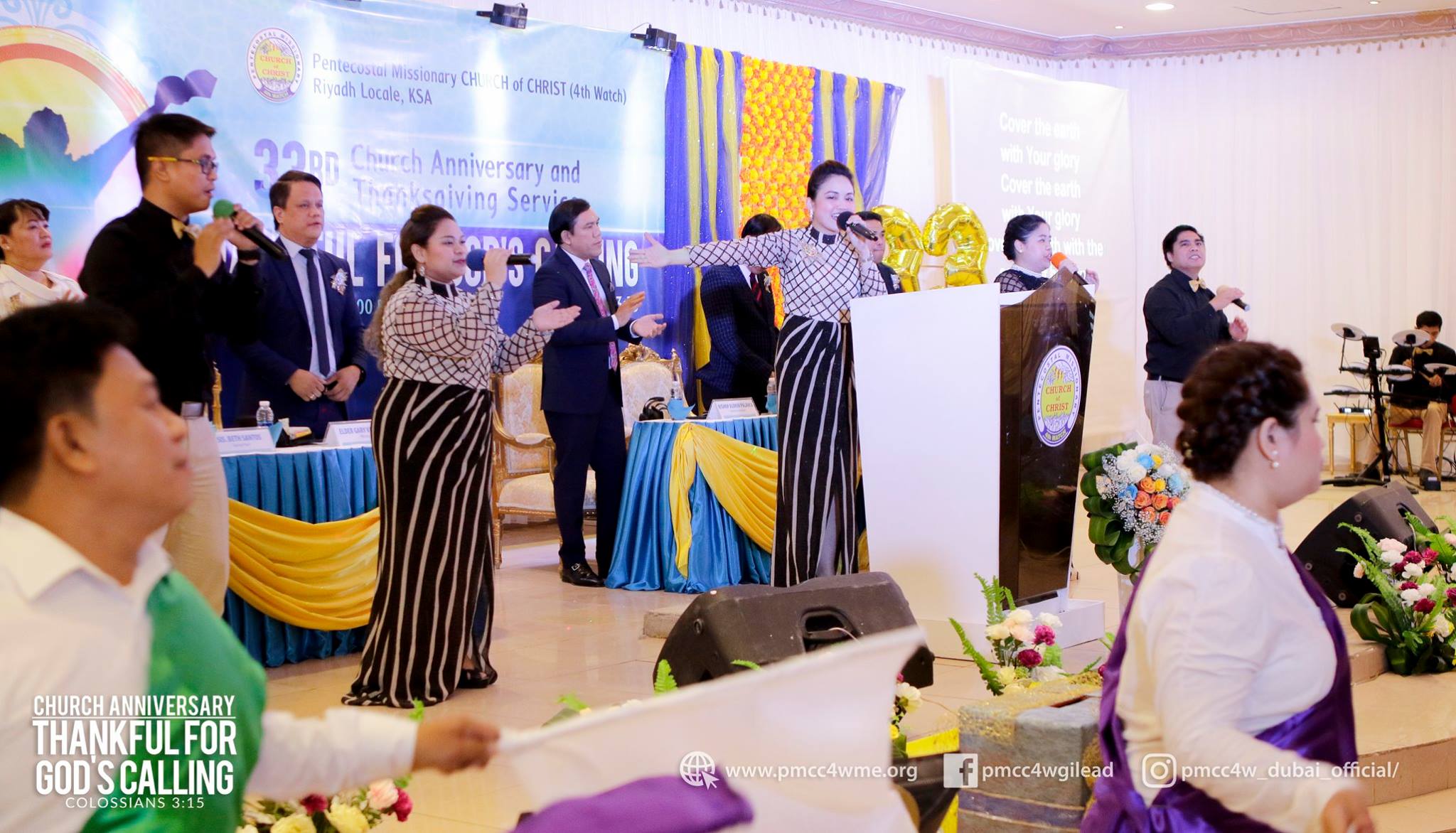 Unfolding the beatific experience of God’s holy calling to the congregation is no less than Gilead Area Coordinator, Beloved Bishop Aldrin Palanca who talked about the theme, “Thankful for God’s Calling” from Colossians 3:15. In his worship message, he exhorted the reasons why the brethren should be thankful for God’s calling: (1) called to be God’s children; (2) called to be disciples of God; and (3) called to a rich welcome to the eternal kingdom of God. 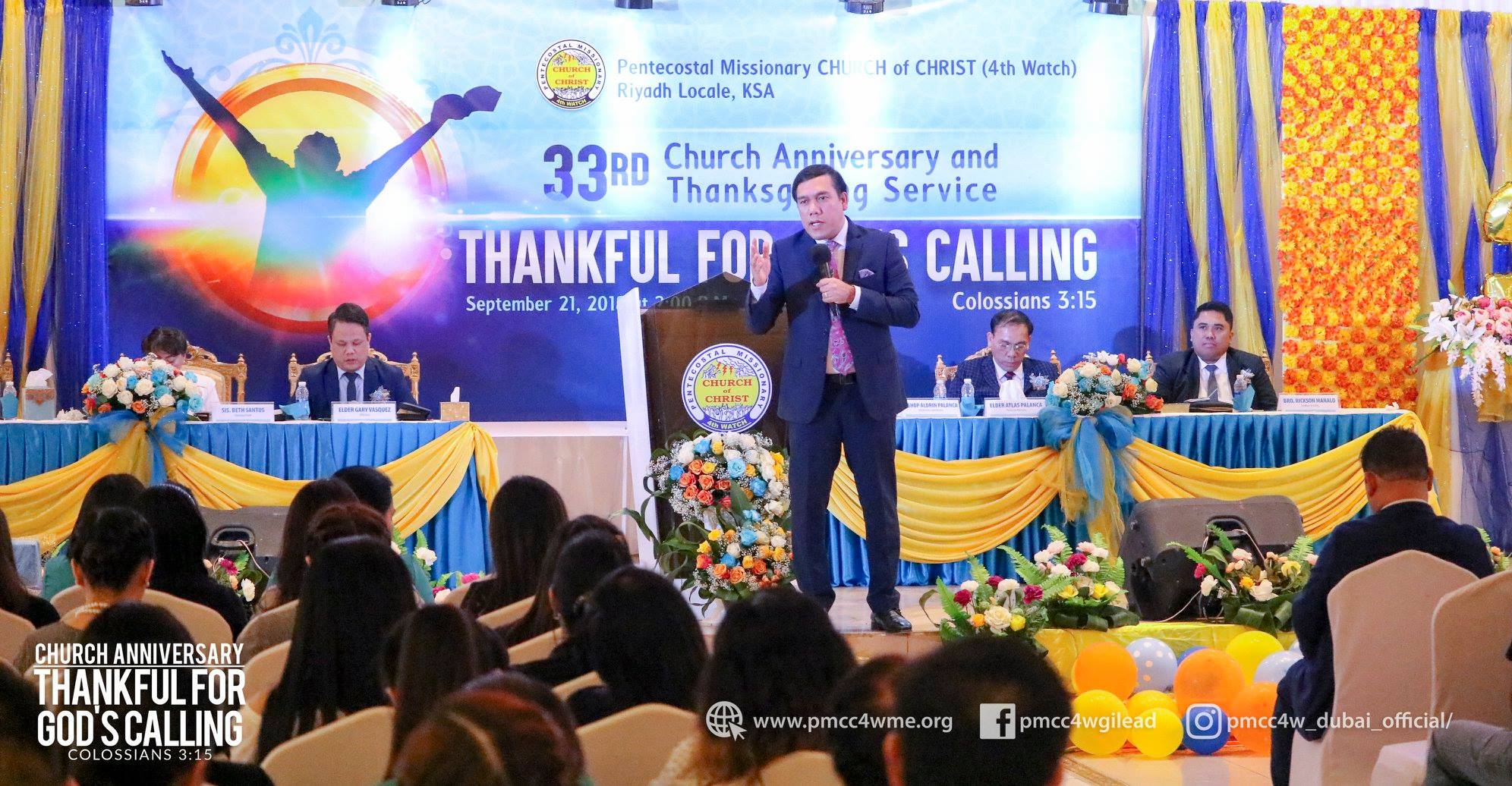 After the sumptuous buffet dinner enjoyed by all, the Voice of Truth band stirred up the celebration even more with songs of praises for the Lord. 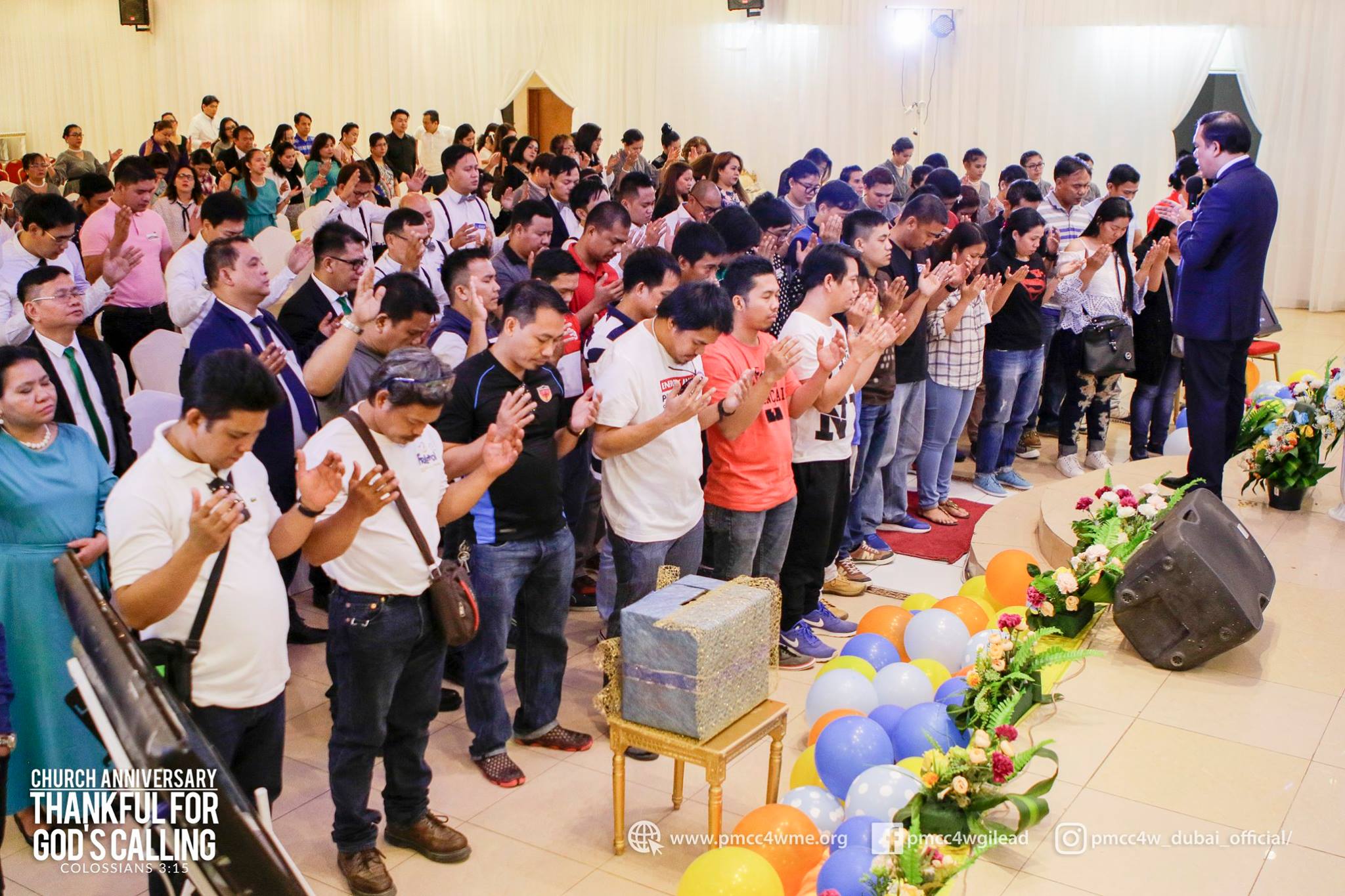 With a lot of changes happening in the kingdom here and there, the presence of the Goodman of the House in the end-time, proves that God will continuously call for the lost to be added in His fold; and all the more reason to hold on to the blessed assurance that is in Christ. 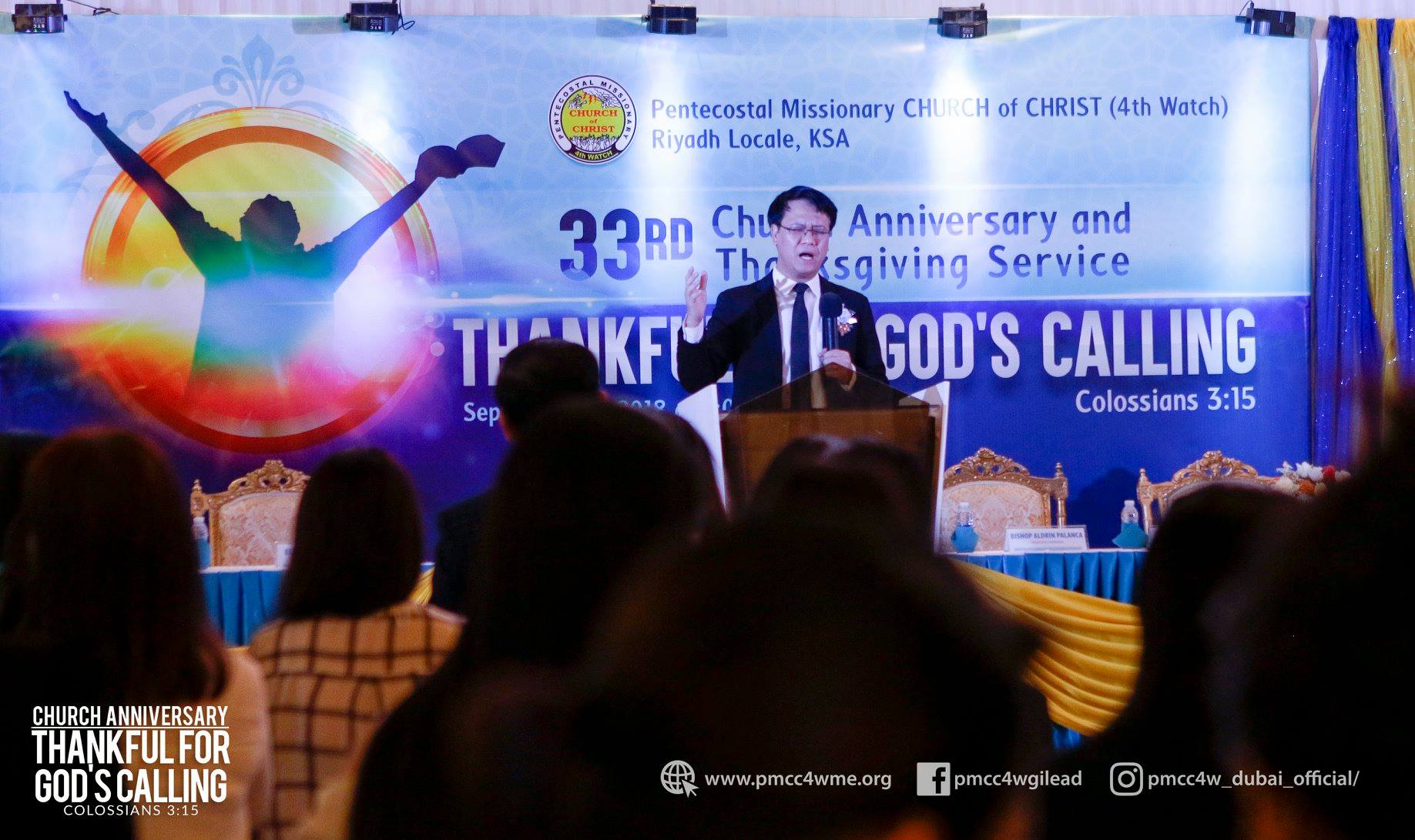 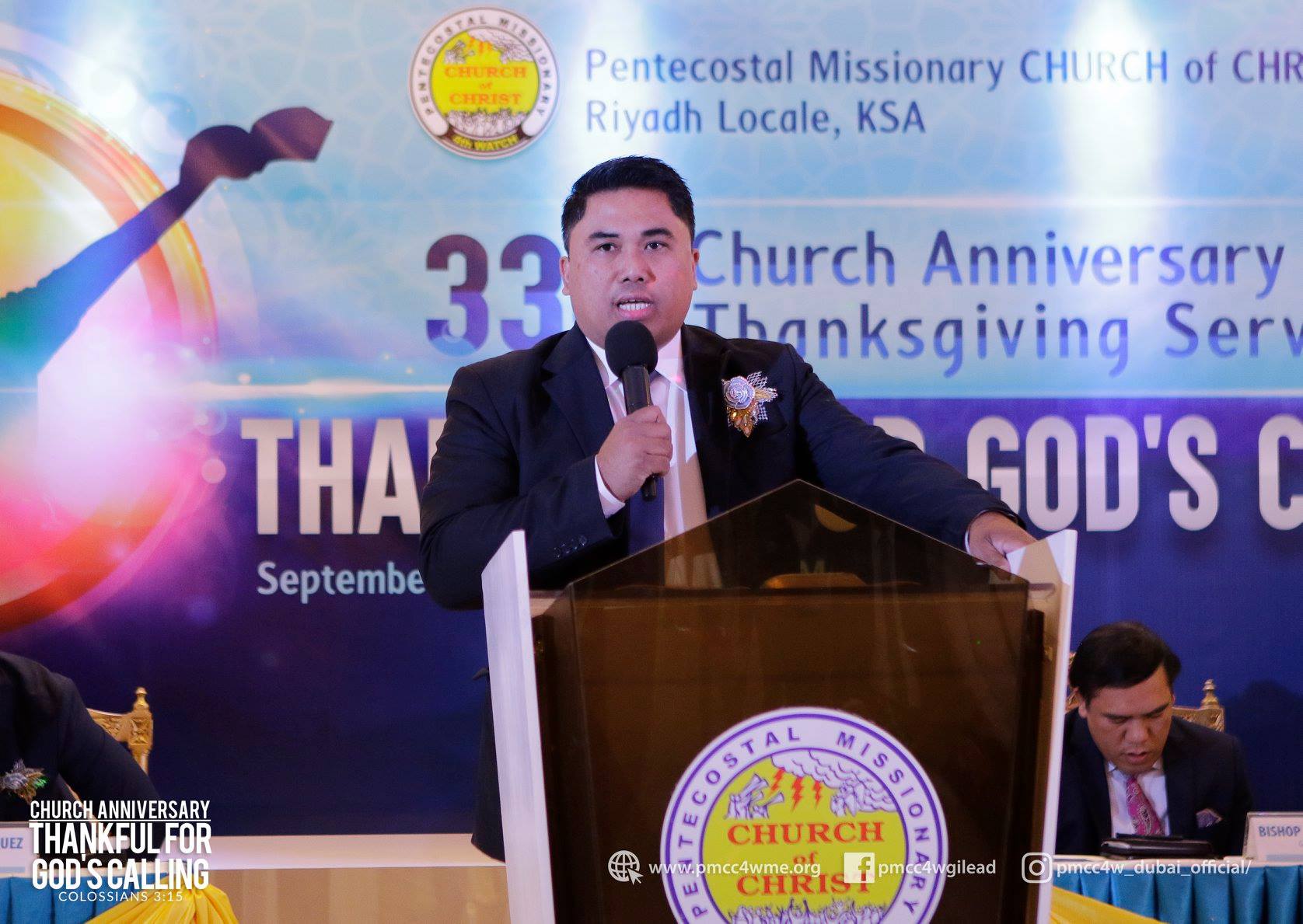 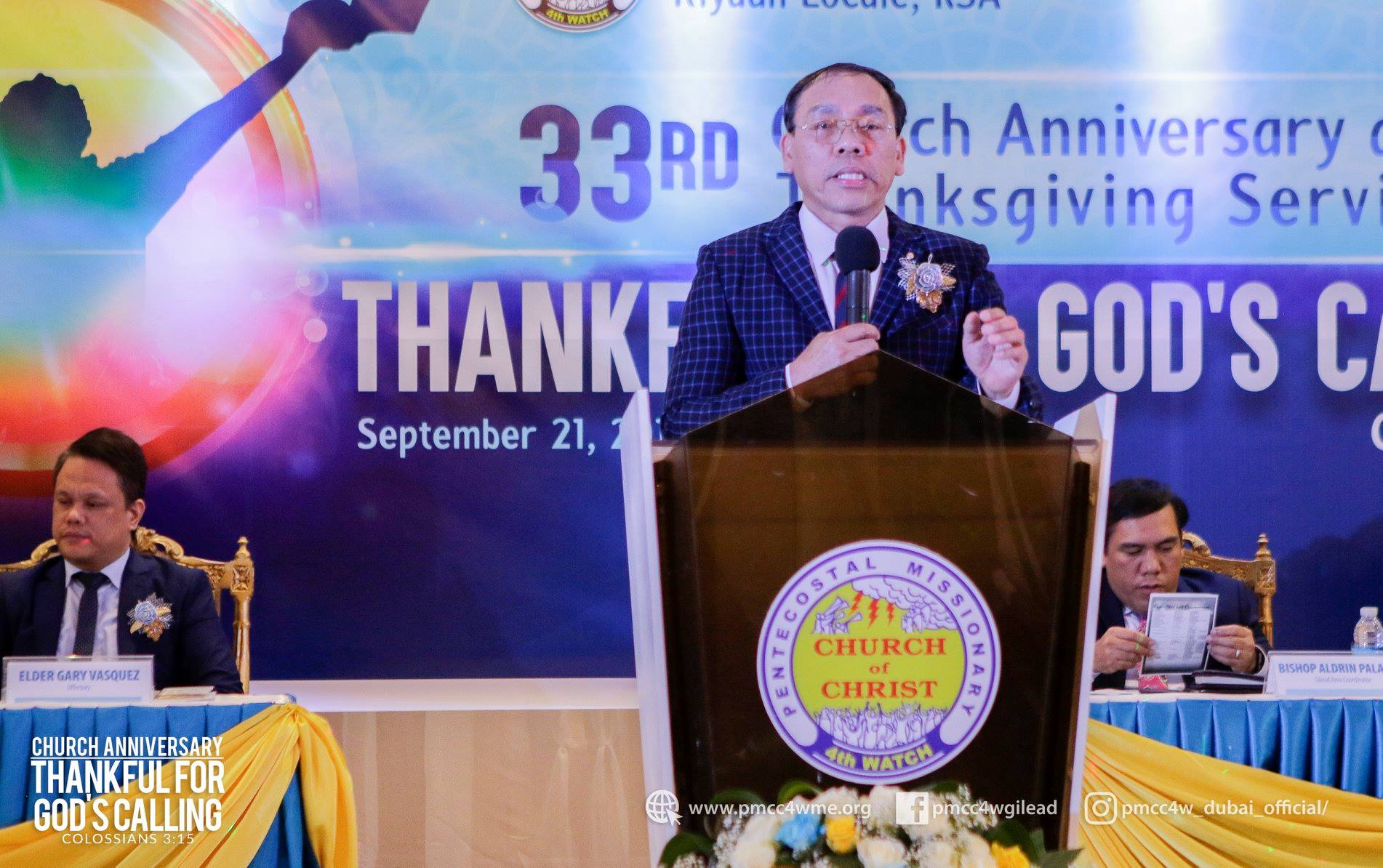 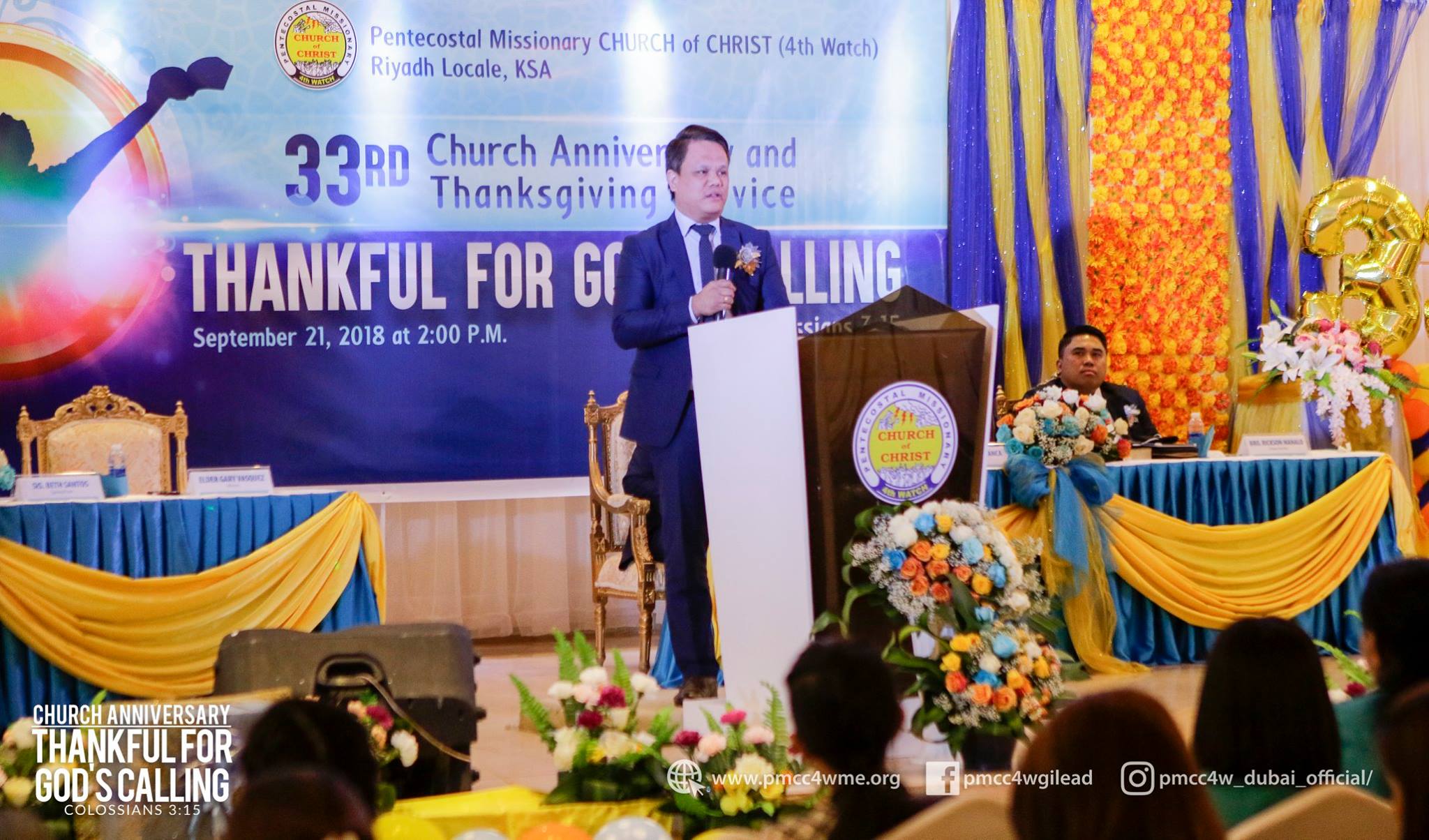 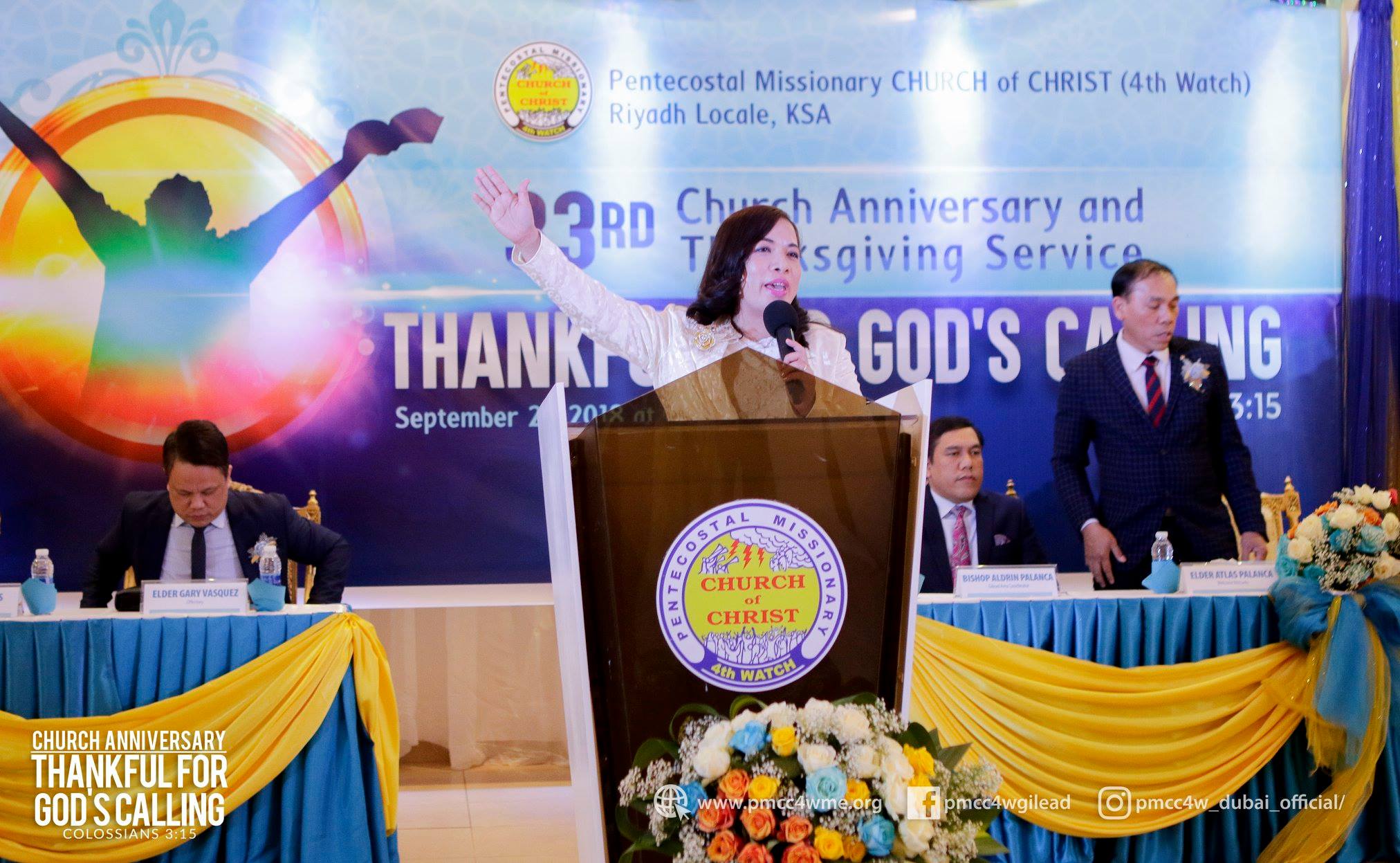 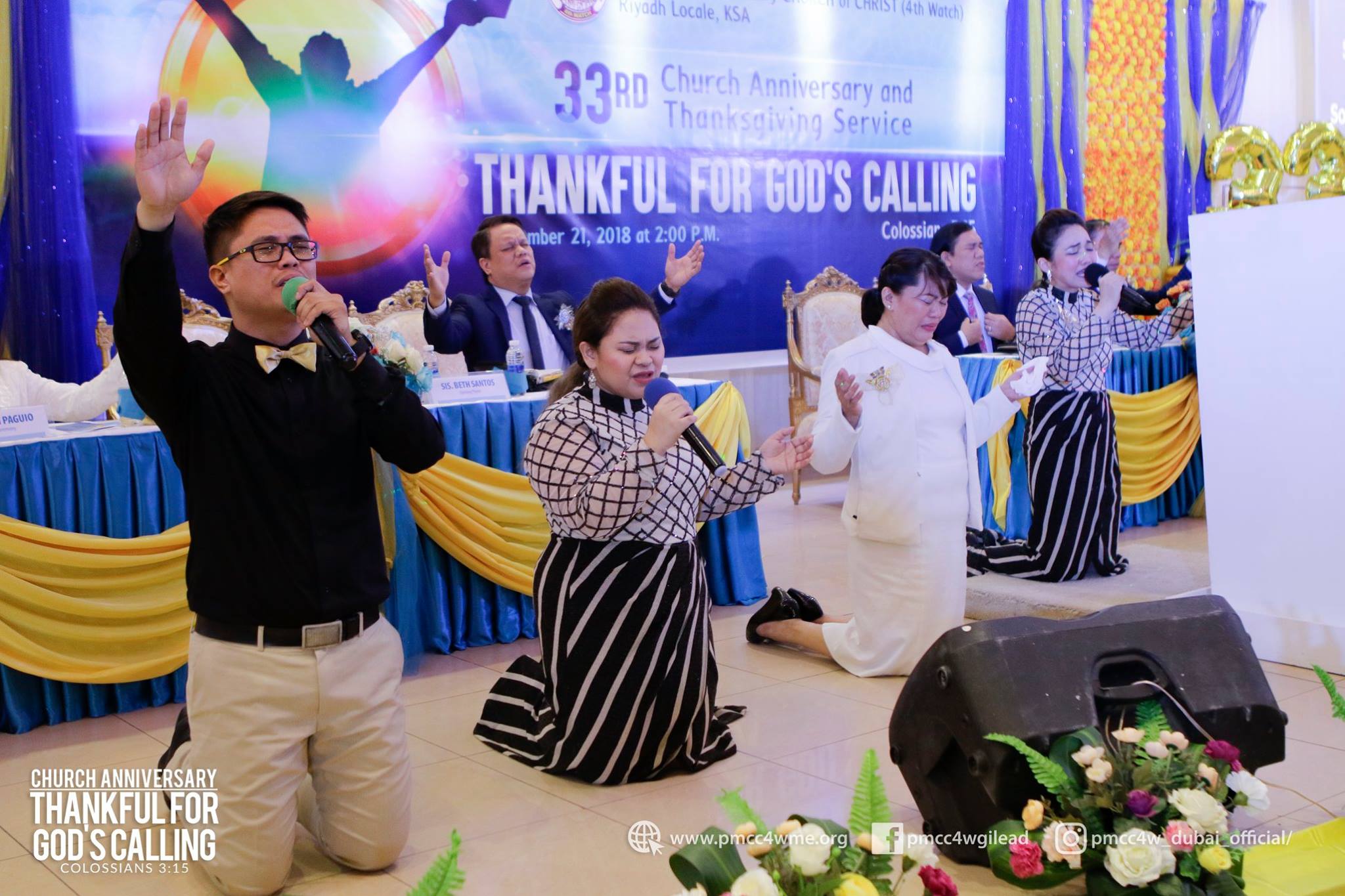 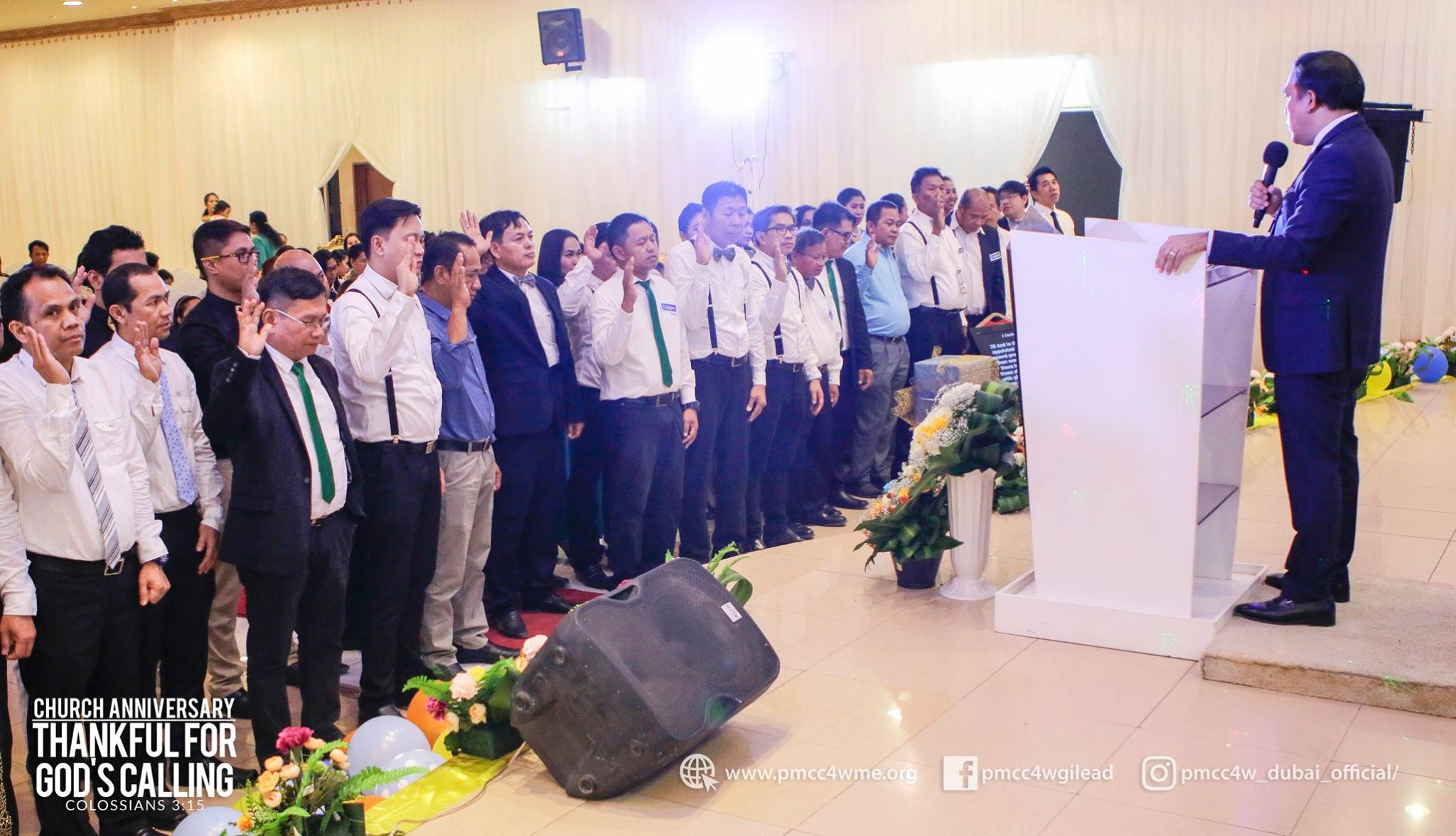