“And as they were frightened and bowed their faces to the ground, the men said to them, “Why do you seek the living among the dead?
Luke 24:5

Jesus had just died. By estimation, our Savior must have expired sometime around three o’ clock Friday afternoon. When the Roman soldiers were about to break one of his legs in order to quicken his death, they found out that Jesus, indeed, had died.

Joseph of Arimathea and Nicodemus the Pharisee went to Pilate and asked for the body of Jesus – John 19:38-39. They brought about 75 lbs. of special aromatic spices, like myrrh and aloe, to use for Jesus’ burial. In a nearby garden, there was a new tomb, carved out of a hill, that no one had been laid yet. That’s where they brought Jesus. A huge boulder was placed at the mouth of the tomb cave. Meanwhile, a detachment of Roman soldiers were sent to guard the tomb and to seal it.

An eerie silence fell all over Jerusalem. The crowd that gathered at Golgotha was gone. Stray dogs appeared and milled around the foot of the wooden crosses still soaked in blood. A gentle but cold breeze blew kicking up a swirl of dust on the hilltop where Jesus was crucified a few hours ago.

But then came Sunday morning. There was an earthquake. An angel of the Lord came to the tomb and rolled the stone away from the entrance. Terrified, the soldiers fled. Inside the tomb, the body of Jesus was gone. The strips of linen cloth that once wrapped the cold and broken body of Jesus were the only ones left. Jesus had risen!

Rushing that morning to the tomb, with some other women, Mary Magdalene was stunned to see that the huge rock covering the entrance of the tomb was rolled on its side. A sweet fragrant aroma from the myrrh and aloe wafted throughout the garden. Littering outside the tomb were pieces of Roman weaponry and armory. A small camp fire was smoldering close to the tomb. Mary peeked inside the tomb and didn’t see the body of Jesus – John 20:11. She cried. Suddenly, angels appeared before them. “Why do you seek the living among the dead?” – Luke 24:5.

Too often, this is the mistake of many of us. We look for God in the wrong places. Mary Magdalene thought that she was going to see Jesus in the tomb. But she was saddened to discover that her Savior was not there. More often than not, we make the mistake of fitting Him within our limited perspective  and understanding. We err when we box God within the narrow confines of our subjective mindsets. Job made this same mistake once – Job 23:8-9. Elijah did too – 1 Kings 19:9-12.

The tomb represents the flawed, broken and conventional wisdom of Mary. The tomb was Mary’s sinful and limited default setting. It represents all her natural and fallen inclinations and tendencies. We are, often times, like Mary. Instead of believing God’s promises and leading, we follow our own. Hence, we end up back to our tombs, to our flaws, to our brokenness and to our limitations. Broken and depressed.

Yet, once we believe and obey God’s words, you and I will be able to get past our “tombs” and discover a brand new path towards healing, fulfillment, and joy. So get out of your tomb today. Embrace your resurrection today! 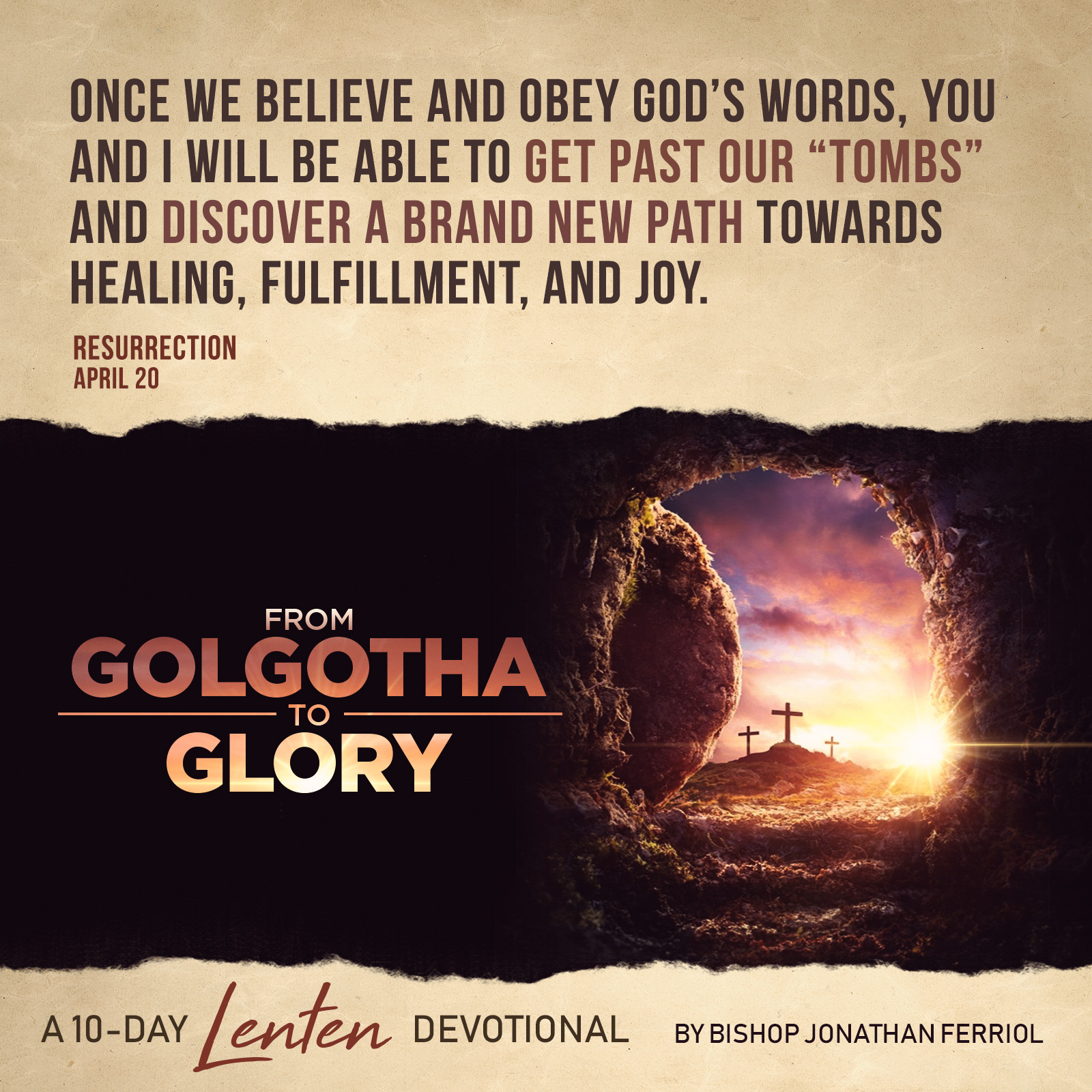