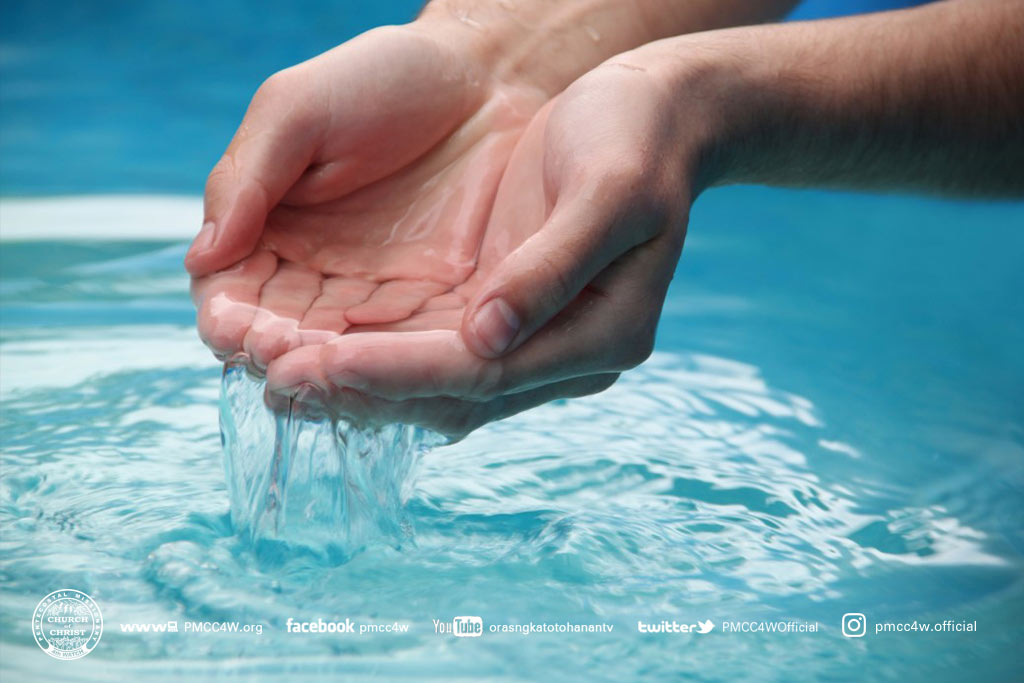 The baptism taught in the Bible is done through dipping in water though there are others who believe that baptism may be done in different ways.

The first way of baptizing is what we call “immersion.” This is the way of baptizing according to the Bible. The term baptism came from the Greek word “baptizo” which root word is “bapto” meaning “to immerse” or “to dip.” The word “bapto” is used in the secular speech in Greek pertaining to dipping or plunging things. Example, when the blacksmith has a burnt iron and he wants to cool it, he shall plunge it in water (bapto). This term is also used when a person who dyes pieces of garment dips the clothes in the colored water. This word denotes drenching something. Therefore, in water baptism, the one being baptized is immersed in water. According to the authorities in history, this is the primary way of baptism.

Based on Encyclopedia International, “the original mode of baptism is by immersion of the entire body in water but a widely accepted method since the second century has been baptism by “affusion or effusion” (volume 2, page 378). This is another way done by the others – “effusion.” The Greek term for this is “ekcheo” meaning ‘to pour.’ This word is not used in the Bible in connection to baptism. In Revelation 16:3, this term was used when the angel poured out the vial of plague in the sea as part of God’s wrath. It was also used when the Holy Spirit was poured unto the disciples (Acts 2:17-18).

And the third way is “aspersion.” This came from the Greek word “rantizo” meaning “sprinkling.” This method which is believed by others is neither used in the Bible relating to baptism.

Notice that the original words used here are in Greek because in the Old Testament, the term baptism was not utilized. The other terms given were not used in the Bible concerning baptism, only the word bapto. And this is the only term used in the New Testament which God instructed in relation to those who believe in the gospel.

Baptism in the Bible is by immersion in water because (1) bapto exactly means immersion and (2) it illustrates an important truth that the person being baptized is being one with the Lord Jesus in His death and in His resurrection. Romans 6:3-4 states that,

“Know ye not, that so many of us as were baptized into Jesus Christ were baptized into His death? Therefore we are buried with Him by baptism into death: that like as Christ was raised up from the dead by the glory of the Father, even so we also should walk in newness of life.”

Therefore, a believer is being buried and expressed in baptism is his being with our Lord. That’s why there is a need for immersion for the one buried is enfolded in the earth or anything by which he is buried.