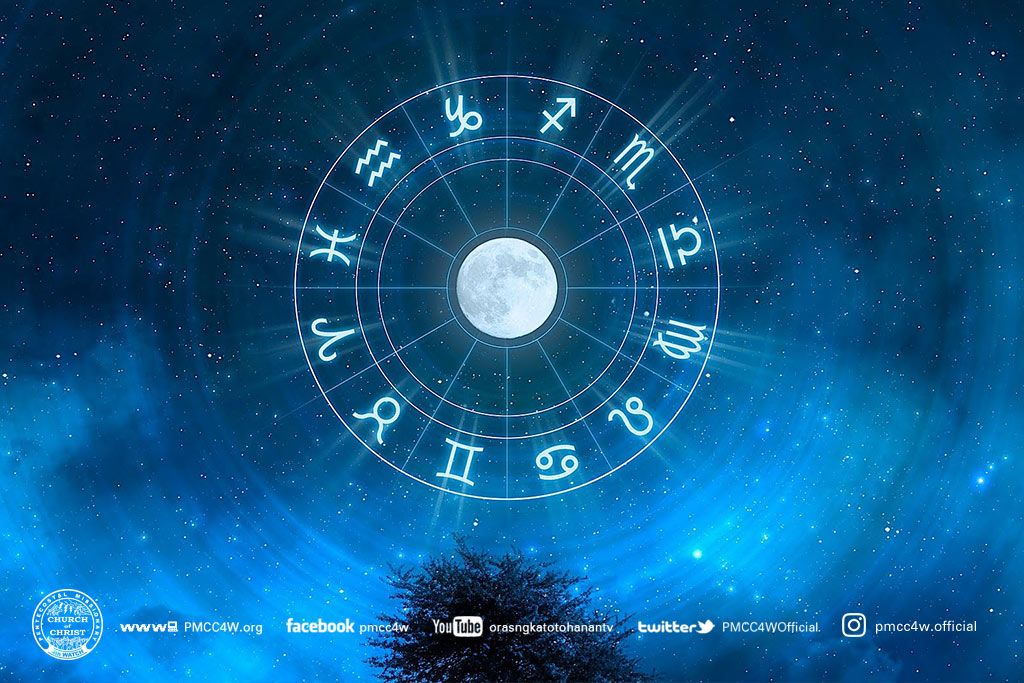 Horoscope is the prediction of one’s fortune according to the position of the stars and planets on a person’s time of birth. This is in the line of Astrology. Another related term would be Astronomy which is a legal science that refers to the study of the heavenly bodies. But Astrology is the study of the position of the planets and stars and their effect on the life, future, mood, temperament and personality of an individual. This is neither considered science nor psychology. This study is categorized under parapsychology.

Is this study based on the Bible? This was mentioned in the Holy Scripture but the latter conveys disapproval of the former, even of crystal balls and tarot cards. According to Deuteronomy 18:9-12 –

“When thou art come into the land which the LORD thy God giveth thee, thou shall not learn to do after the abominations of those nations. There shall not be found among you any one that maketh his son or his daughter to pass through the fire, or that useth divination, or an observer of times, or an enchanter, or a witch, or a charmer, or a consulter with familiar spirits, or a wizard, or a necromancer. For all that do these things are an abomination unto the LORD: and because of these abominations, the LORD thy God doth drive the out from before thee.”

Therefore, The Holy Scripture is against these acts for horoscope predicts a person’s fate, temperament and luck. That’s why the Bible strongly puts across that these works are extremely abhorrent before God. The law for the doers of such things is that they must not be upheld instead killed for their works of abomination in the sight of God. God doesn’t want his nation to be deceived by such things. Instead of trusting predictions about our destinies, the Bible teaches us to entirely put our faith in God for He is the source of all the good things. God promised us that when we walk according to His will, He shall bless us. Stated in James 1:17,

“Every good gift and every perfect gift is from above, and cometh down from the Father of lights, with whom is no variables, neither shadow of turning.”

God is like a good father who always desires to give good gifts to those who love Him. Our Lord Jesus describes the Father as a good and kind dad (Matthew 7:11). That’s why our trust must entirely be put unto God. The Bible says that only in God’s grace must a man put his faith. Only in the goodness and blessings of God should a man have hope because God, our Father is all-powerful. It is being taught that when we do things according to His will, He will make our prayers happen as things jointly shall take action for a finer condition. Romans 8:28 declares –

“And we know that all things work together for good to them that love God, to them who are the called according to His purpose.”

So when we love God, trust and submit ourselves to His plan, the Holy Scripture says that all the things will work together for the betterment of our state.