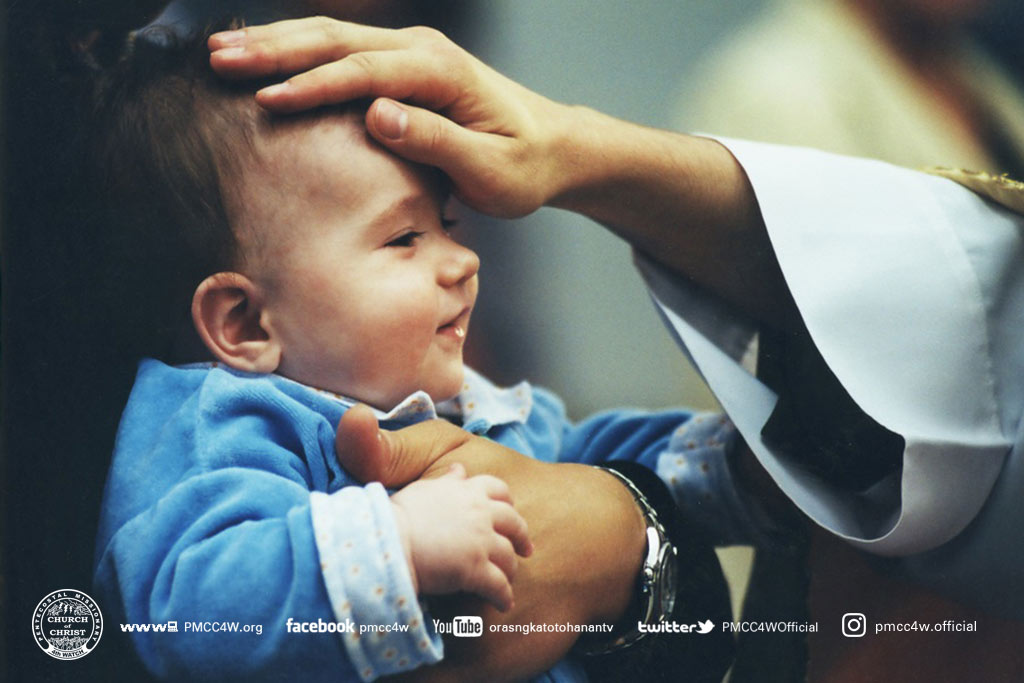 The reason is that it is not being taught in the Bible. Even Jesus Himself wasn’t baptized when he was young. Stated in Luke 2:22, “And when the days of her purification according to the law of Moses were accomplished, they brought Him to Jerusalem, to present Him to the Lord.”

Our Lord Jesus when He was still a month and ten days old wasn’t baptized. He was presented to God, as the statement goes in King James Version. The term we use to refer to such act is “dedication”, that’s why we have what we call child dedication.

Why doesn’t a child need to be baptized? First, baptism is not taught to be done amongst children but amongst the adults. Why shouldn’t a child be baptized? For the Bible has given indications before a person be baptized.

And what are these? In Mark 16:15-16, “…Go ye into all the world, and preach the gospel to every creature. He that believeth and is baptized shall be saved; and he that believeth not shall be damned.”

In Acts 8:35, “Then Philip opened his mouth, and began at the same Scripture, and preached unto him Jesus.” And after his preaching, Philip said in verse 36, “And as they went on their way, they came unto certain water: and the eunuch said, see, here is water; what doth hinder me to be baptized?”; in another version, “and Philip said, if you believe with all your heart, it shall happen.” So what has Philip made sure of before he baptized the eunuch? – if he has had faith in the Word of God. A child or infant doesn’t have the capacity to believe or have faith.

What else does a man need before he be baptized? In Apostle Peter’s preaching in the day of the Pentecost, he said in Acts 2:38, “…Repent and be baptized every one of you in the name of Jesus Christ for the remission of sins…” A baby or kid doesn’t know how to repent. It doesn’t know of sins yet. It doesn’t even know what such are. Consequently, a person without knowledge of sin cannot express regret of it.

Who are the only ones having the capacity to repent? – Those who recognize and admit their sins. The prerequisites for a man to be baptized can never be carried out by a child or a baby. This is the very reason why a child is not entitled to be baptized.