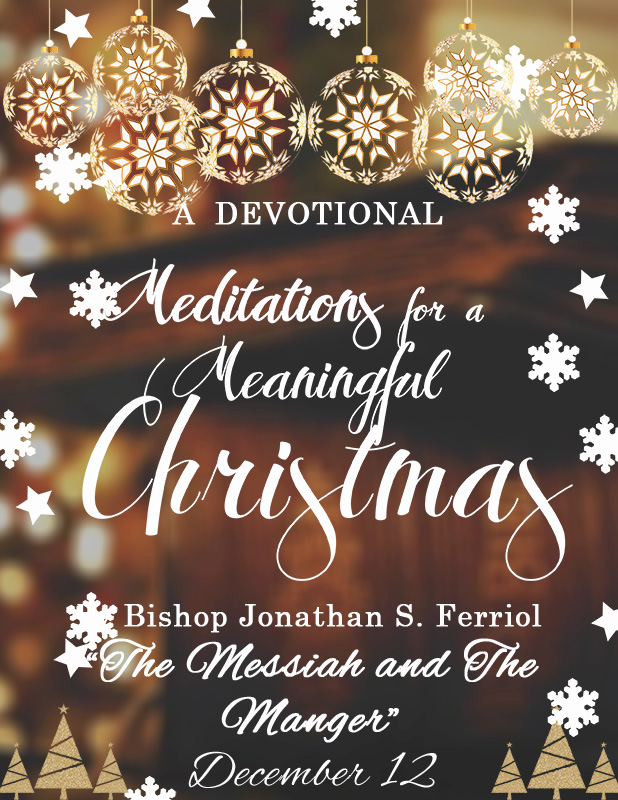 “This will be a sign to you: You will find a baby wrapped in cloths and lying in a manger.”
Luke 2:12

God gave the shepherds two clues for them to identify the Messiah: a baby wrapped in swaddling clothes and a manger. One is not a sign without the other. But together they tell a powerful story of God’s way of moving. The Messiah and the Manger. What a contrast. What a sign!

The Messiah. He is the “fullness of the Deity in bodily form.” From eternity, He has been existing with God and himself was God. In his pre-existent state as the Son of God, the Messiah is the “image of the invisible God” and the “radiance of the glory of God and the exact imprint of His nature.” There is no one else like the Messiah. He is the “only begotten Son,” the “firstborn over all creation.” As the Christ, the “anointed one,” the Messiah was not an angel nor was he a mere human, but he is the one “who came from the Father, full of grace and truth.” (Colossians 2:9, Hebrews 1:3, John 3:16, Colossians 1:15, Acts 4:26, John 1:14).

The Manger. Lowly, filthy and squalid. There was nothing significant or special about it except that it is a feeding through for animals such as cattle and horses. Made usually of either some pieces of wood and a roughly shaped clay, a manger was not a place for newly born infants, much less, for the Messiah.

But of all the mangers ever made in Israel’s history, it was the Manger somewhere in Bethlehem where the Messiah was cradled, that became the most symbolic of all. From its flimsy construction, the Manger turned overnight into a fortress of safety for the tender Messiah. And from its lowly function, the Manger gained a heavenly usefulness and purpose. The Manger that was usually covered with grime and hay, suddenly basked at the center stage of God’s “obra maestra.”

You may see yourself as a manger today. Plain and ordinary. But when you open up yourself to be an instrument for the Messiah, your life will become a vessel of divine greatness and value. God is looking at this moment for “mangers” that He could use as a “sign” to direct the world to His saving grace and power. Be that Manger! Receive now the Messiah!