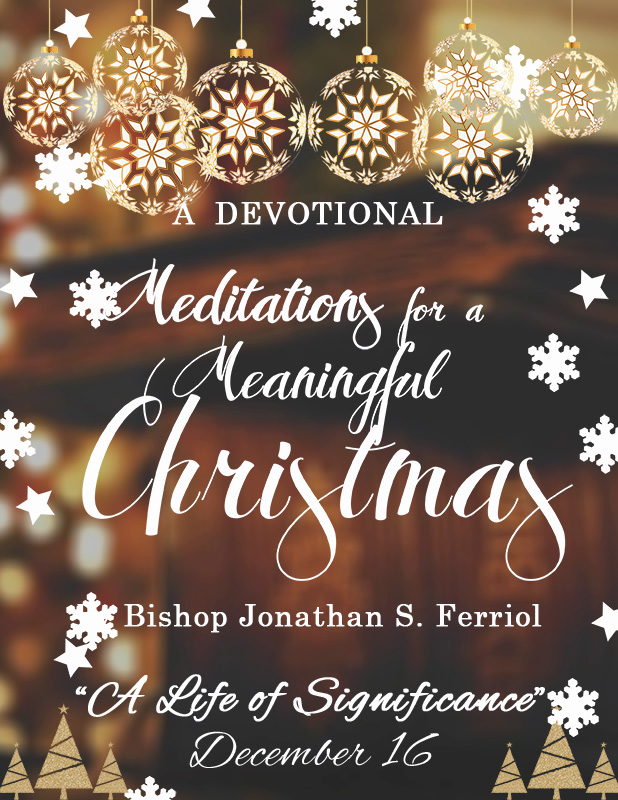 “So her husband Joseph, being a righteous man…”
Matthew 1:19

His appearance was short, but Joseph’s life, was undoubtedly, significant. Like a meteor, Joseph was there for a moment and then he was gone. But in that short frame of time that he was there with Mary and Jesus, Joseph shone bright, like a meteor. He proved himself to be a very significant, if not, an indispensable figure in the lives of Mary and Jesus.

Joseph demonstrated his significance by being virtuous. Matthew described him to be a “righteous man.” (Matthew 1:19). Joseph knew that a scandal was brewing when he found out that Mary was already pregnant even before they got married. Joseph could have exposed Mary’s supposed “infidelity” to him and scandalized him and the life of his young fiancée. But his virtue as a gentleman prevailed.

But it was Joseph’s faith and obedience to God that really showed that he was a man of significance. In a series of dreams, God, thru His angel, directed Joseph through a maze of life changing decisions, that involve marrying his young fiancée, escaping to Egypt and choosing the village where he could raise his family. Amidst all these flurry of divine instructions, never did Joseph disagree and disobey God. By faith, he obeyed without fail.

The significant life of Joseph was not limited in the realm of his faith, but it was also in full display in the realm of his domestic life. He was a loving and protective husband to Mary and a good father to Jesus. Doting and caring, Joseph’s attention was always on Mary and their young son (Matthew 2:13,21). He also raised and provided for his family working as a carpenter. And he was good at it. The whole village knew him and his “first born” as carpenters (Mark 6:3, Matthew 13:55).

Despite the overwhelming pressure of having the Son of God as your “first born,” Joseph kept his composure and quietly fulfilled his duty as Jesus’ guardian. Every year, without fail, Joseph took his family to religious pilgrimages (Luke 2:41) as mandated by tradition. And when he thought that he lost Jesus in the city, Joseph was not nonchalant – he was “distressed” and “sorrowing.” (Luke 2:48). That spoke well of Joseph’s solid commitment as a husband, a father and a servant of God.

It is good to enjoy a long life, but what is more important is to live a life of significance. To do so, you must know and embrace to the fullest your calling and assignment which God has given you. Joseph did so and he was significant. Don’t be sidetracked by the peripheral issues of pain and pleasure from fulfilling your destiny. Be a man and a woman of significance. Seek to know your calling and live it, regardless of what it entails (2 Peter 1:10).