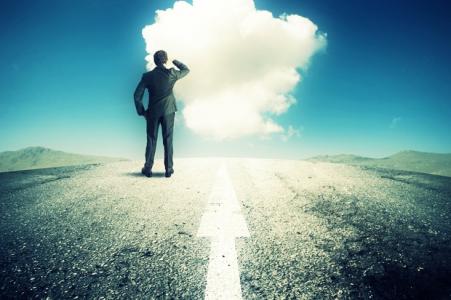 People have different responses to the birth of our Lord Jesus Christ. How should one respond to this glorious event? What does the Holy Scriptures tell us?

“He was in the world, and though the world was made through him, the world did not recognize him. He came to that which was his own, but his own did not receive him. Yet to all who did receive him, to those who believed in his name, he gave the right to become children of God”-John 1:10-12

The baby Jesus who was born in a manger over 2000 years ago in a small village called Bethlehem was actually the co-creator of the Father in heaven. He did not only exist from the time of His birth in a manger but He actually enjoyed pre-existence as the co-creator of the Father. This fact is known by the believers. We know who Jesus is and what He is capable. But here lies the great irony: even though the world was created through Him and even though His fingerprints are found in all over the creation, the world still failed to recognize Jesus.

Isn’t it true though that Jesus Christ is recognized by many people, even those who are not Christians? Yes, it is true that Jesus is one of the most revered and recognized figures in history but there is a failure to recognize Jesus for who He really is.

People of different religious affiliations, even atheists and agnostics, would agree that there was a man named Jesus who once walked on this earth. They merely believed him to be a good man, a prophet or a Jewish zealot revolutionary. Their various beliefs in this historical Jesus fall short of the full understanding of His true nature.

The world today refuses to acknowledge that Jesus Christ is God for being the Son of God. People want to believe that Jesus existed but they do not accept His real identity nor believe His claim. This is not an honest error in judgment but a deliberate and intentional mistake on the part of those who refuse to recognize Jesus for who He truly is. When sinners are told the truth about Jesus Christ, that He is our Savior, they are often offended. This was the experience of Apostle Paul with the world which simply dismissed the message of Jesus (1 Corinthians 1:23).

Though we are fools as far as the world is concerned, God considers us a blessed. We are blessed because we believe that Jesus is the Son of God. Recall the conversation of Jesus and Peter in Matthew 16:13-17 where He described peter as blessed for knowing that He is the Christ, the Son of the living God. We are also blessed because we have not seen Him yet we still believed (John 20:29). How about those who have rejected Him?

“This is the verdict: Light has come into the world, but people loved darkness instead of light because their deeds were evil.” –John 3:19

Notice that the world verdict was used in this very indicting statement concerning the world’s response to the identity of Jesus. The world is in sin today, the sin of refusing Jesus. Those who have made the choice never to accept Christ and the Gospel will find themselves in the lake of fire. God is gracious though, for all those who have received Him and believed in His name are given the right to become’s God’s children and heirs. We must treasure this great fortune of being God’s children. Let us remain in our faith in Him. Much of the world no longer believes in Jesus anymore; let us be counted among those who believed Jesus and have received salvation.

As believers of Jesus, we must now demonstrate this belief. It’s not enough that we believed in Jesus because faith without action is dead. (James 2:17) Let this belief strengthen us during times when life becomes hard and we feel like wavering in our faith.

Our faith must be exhibited in our lives. Let us follow the response of Peter when asked by Jesus if he wanted to leave. Peter said that he has nowhere to go for He has the words of eternal life (John 6:67-69).

There are other numerous examples showing the proper response to Jesus. Simeon, as mentioned in Luke chapter 2, promptly praised God after seeing Jesus. The wise men who visited Jesus in the manger knelt, worshiped the Lord and opened their gifts to Him (Matthew 2:11). There is also Ana, the prophetess, who thanked God and worshiped the Lord (Luke 2:36-38). Peter and the rest of the apostles gave their lives because they believed in Jesus as the Son of God.

Let us reexamine our lives and reflect on how we have been living our lives as Christians. How is our faith in Jesus affecting the way we live our lives? Has this motivated us to serve God better? Does this lead us to live a holy life? It’s not enough to believe in the person of Jesus Christ. This belief must be right and in accordance to what He says – that He is the Lord, the Savior, the Christ and the Messiah. This belief will give us eternal life.